Zap Zap Kindergarten Math review – does it add up? 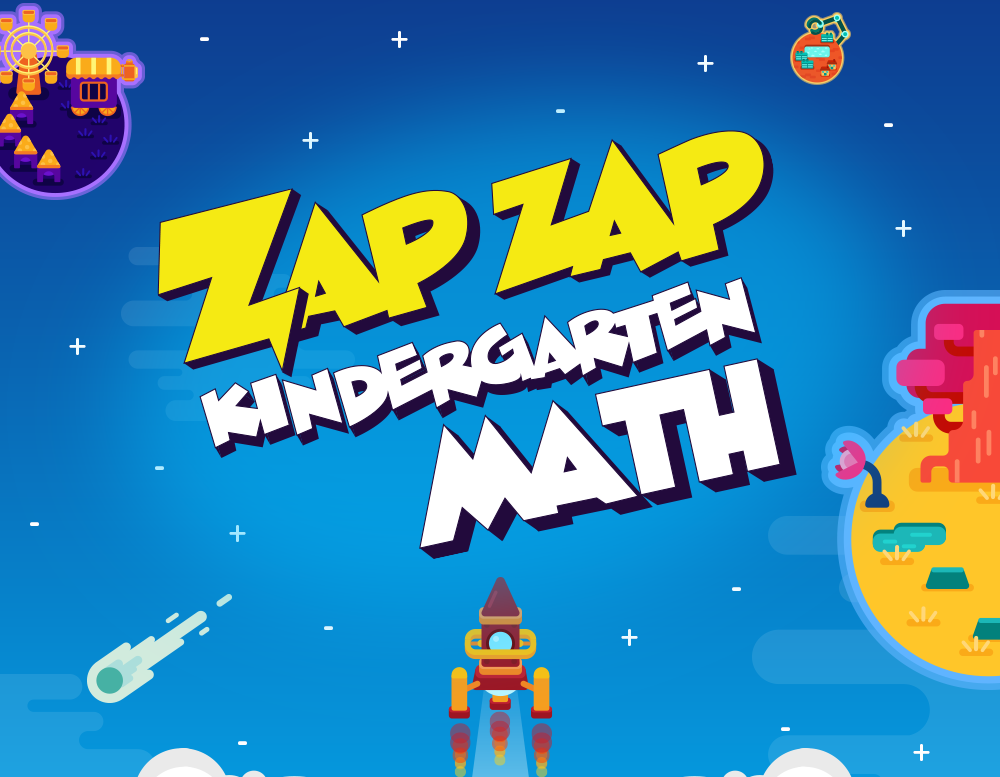 Educational games are the holy grail for parents of young children, because they represent infinite guilt-free screen time. The problem is, the majority of educational games treat children like undiscriminating, powerless consumers, fobbing them off with primitive graphics and barebones interaction.

Nobody could accuse Zap Zap Kindergarten Math of this. From its robust, likeable cartoon presentation to its variety of well-organised, Common Core-linked gameplay approaches and its detailed performance feedback, this is clearly a game with high-end aspirations.

But let’s stay with the fun stuff. A family of nice blue aliens is having a picnic when an evil red alien shows up in a flying saucer and kidnaps the mum, the dad, and one of the two children, leaving the other child free to rescue her family members.

Taking to the skies in a rocket, the unfortunate child enters space and attempts to liberate her relatives parents by solving math problems arrayed across three planets.

It’s hip to be square 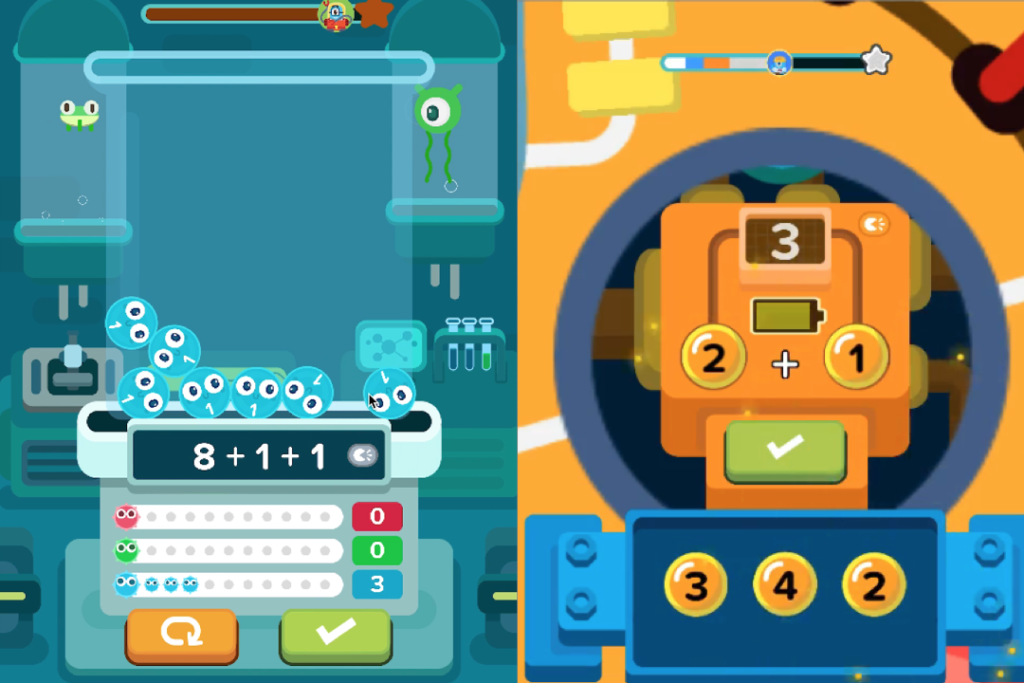 The fun begins in space, where you child gets to choose which category of math problem she wants to tackle – Number Sense & Recognition, Plus & Minus, and Shapes & Measurement – by flying around in space, knocking into asteroids and looking for themed planets.

The puzzles themselves are simple and reasonably varied. In one your child has to sort sushi shapes into a bowl by dragging them down the screen. In another she has to add up cells and tap the right number of them.

One simply involves tapping on stars. The goal is to count them, but this isn’t strictly speaking a challenge, since tapping on them is all that’s required to progress. Counting is optional, and enforced by you rather than the app.

Each mini-game takes a minute or so to complete, and once it’s done the next puzzle on that planet unlocks and your child is rewarded with a jigsaw piece, plus some feedback on how she did. New rockets also become available over time.

Some of the puzzles are more game than math. For instance, one involves sorting shapes and colours into separate silos, sometimes by colour and sometimes by shape, testing your child’s ability to concentrate and listen more than anything else.

The difficulty is adaptive, so if your child is racing through the puzzles without making any mistakes she’ll start each round at level five, with fewer lives. Even so, there’s a huge variety of ability between ages 3 and 6, so it’s likely that children at either end of that age spectrum will encounter more issues than those in the middle.

That is, you’ll probably have to hold your 3-year-old’s hand a lot, and conversely you may find yourself doing some of the easier puzzles for your 6-year-old simply because she doesn’t find them challenging enough to bother.

Fortunately, if that happens you can jump ahead and download Zap Zap Math: For Kids 5 to 12.

The math of least resistance 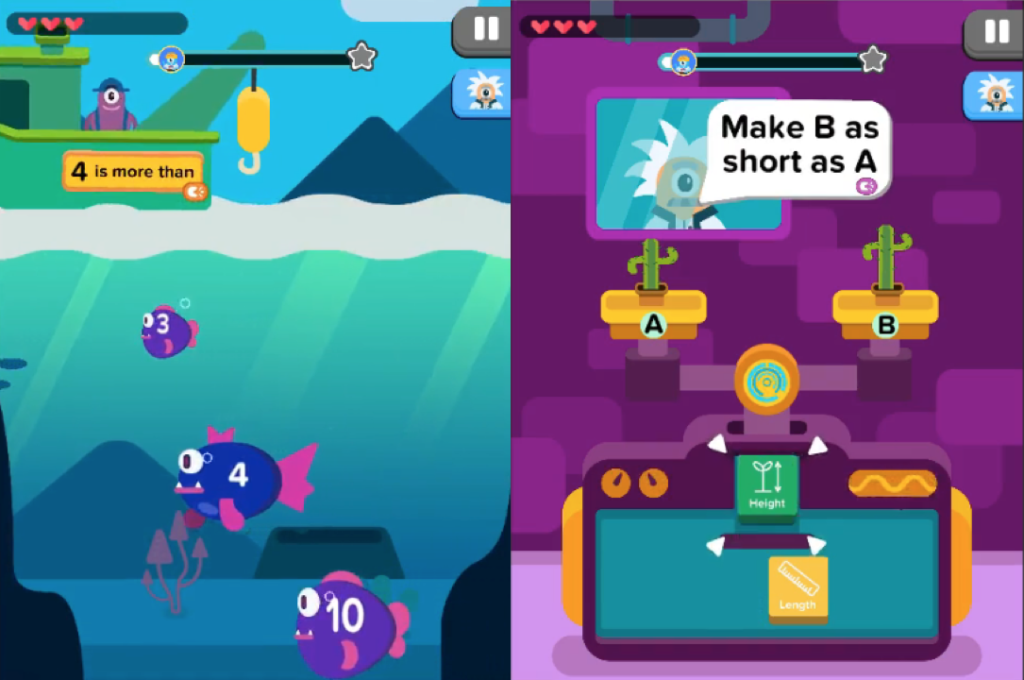 Zap Zap Kindergarten Math is catering for a massive range of abilities, and as such not every part of it will be suitable for everybody in its target demographic. Parental discretion is required – but you knew that anyway.

Fortunately no parental discretion is required when it comes to ads and in-app purchases, since there are none to be found here. This will be a blessed relief to many anxious parents.

The loading screen of Zap Zap Kindergarten Math, a mathematics app for pre-school children, proclaims that it’s a ‘gamified learning ecosystem’. As long as you never make the mistake of using this term within earshot of your children, you’ll be fine.

You can download Zap Zap Kindergarten Math on Android and iOS now.

A math game that adds up

If you’re looking for a polished, well-produced, fun, and educationally rigorous math app to prepare your child for elementary school, you probably won’t do much better than Zap Zap Kindergarten Math.