Interview: Inzen on how its new title Star Tap is out of this world 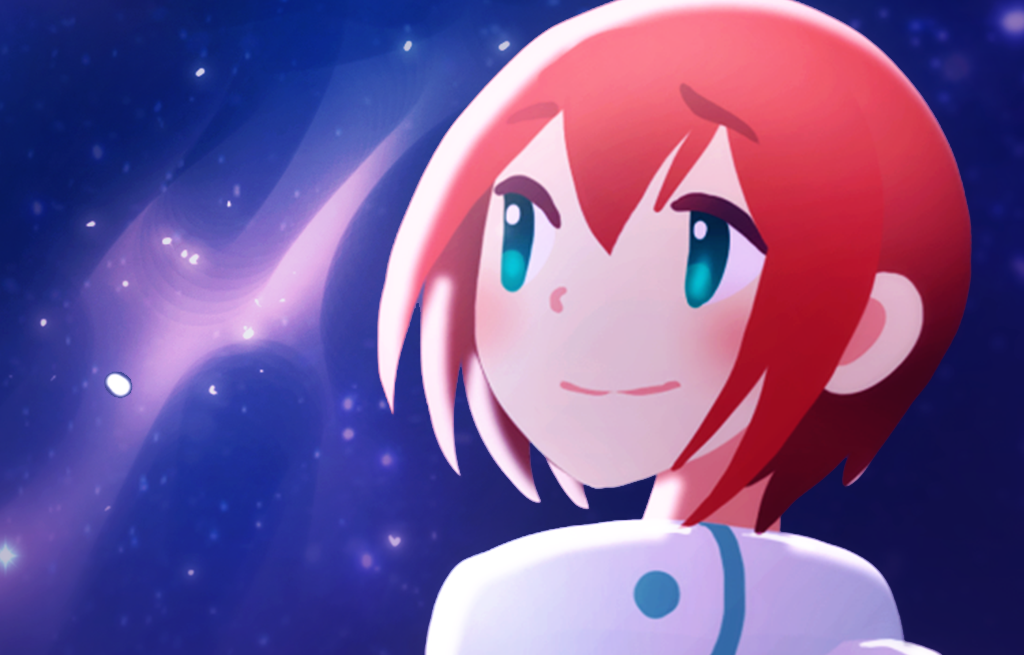 We’ve all stared up into the night sky at least once and wondered what it would be like to glide through the stars. Don’t lie, you have.

Developer Inzen aims to give you such an experience in its new title Star Tap though, in which you blast through space in a rocket ship piloted by a young woman called Stella.

We were lucky enough to chat to the development team behind the game about why it’s not your average clicker, the influences when developing it, and the plans for the title moving forward.

Can you explain a little about how Star Tap works, and the genre it fits into?

Star Tap is a game where you help astronaut Stella explore space by tapping on the screen to help her boost her shuttle thrusters. Along the way, you have to build drones and upgrade various tech in order to progress further and faster. Star Tap fits into the Idle/Clicker genre. 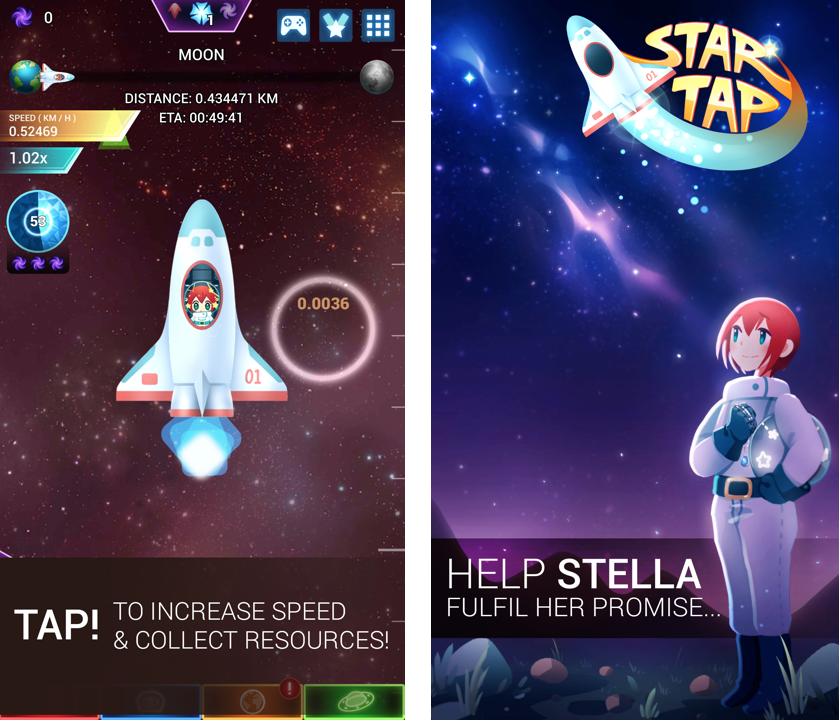 The game is pretty unique – but is this a game that will only appeal to those who have an interest in space?

Star Tap was built with with Space in mind yes, mostly related to Astronomy and a little bit of Science Fiction, however what we hoped for, and what we realised, was that it wouldn’t just appeal to fans of Space and space travel and science fiction, it also appealed to fans of idle/clicker games in general, who love a game that progresses along with the decisions that they make.

What were your team’s main influences when developing the game?

Theme wise, our major influences came from media like Star Trek, Babylon 5, SF Novels and short stories etc,.Our main influences for gameplay were the various clicker games out there, like Crab Wars and Egg Inc. etc. of course Star Tap is a game that doesn’t involve fighting enemies in short bursts so players might think that we are closer to Egg Inc or Abyssrium types.

What challenges did you face during development, and how did you overcome them?

Every discipline had its challenges. Art had to figure out a lot about the looks of the Protagonist, the Shuttle, the Drones, the Stars, the Planets, there’s just so much about everything related to space! It was overcome through sheer hard work and poring through pictures and looking through references that the team went to find. As for code, the biggest challenge was optimising the game to make it as visually appealing as possible while ensuring a smooth gameplay experience for all players, even those on lower-end devices. Tons of profiling and minute optimisations as well as a lot of web searching for optimisation ideas was done to make this happen. Design side challenge is balancing, because in an idle/clicker game, balancing is key, and every feature put in means rebalancing the game again.

Star Tap was made entirely using Unity. The Unity Asset Store had a great number of assets we could use such as ready made VFX which made making Star Tap a lot easier. We also ported over some Unity tools we previously developed while we were making our previous game, Dark Dot, which helped to expedite Star Tap’s development as well. 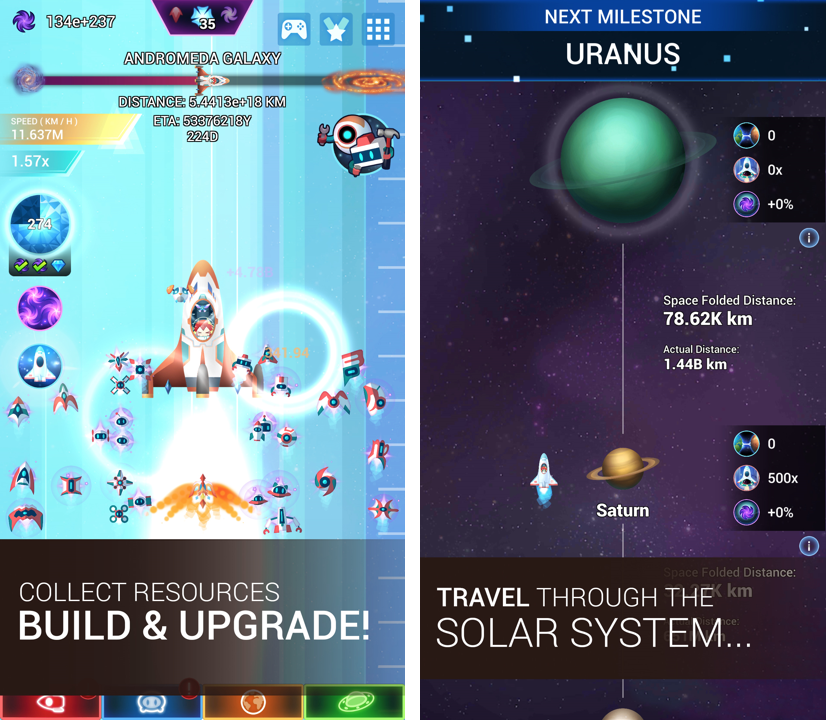 Which part of the game are your team personally the most proud of and why?

What tips do you have for people playing Star Tap for the first time?

Players should take their time figuring out their preferred way to play. They should suit their gameplay to the situation, for example, playing more in the mode that has synergy with the advancements that they have gotten so far! Also, to remember to use the powers at the right time, and use the Shop perks like ‘Determination’ or ‘Super Auto Pilot’ as these will help greatly to get to the next milestone!

Do you have anything planned in terms of future updates for the game, and if so, can you give us any details of what these might include?

Yes we have plenty of features planned that many players happen to have asked for as well! Some of these include a customisation feature in the game, a more comprehensive map of the the Solar System/ Constellations, and Social features like Clans and chat!

You can download Star Tap on Google Play and iTunes now. 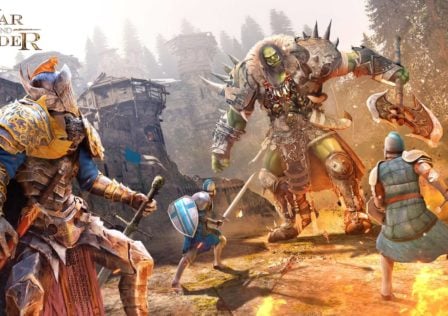 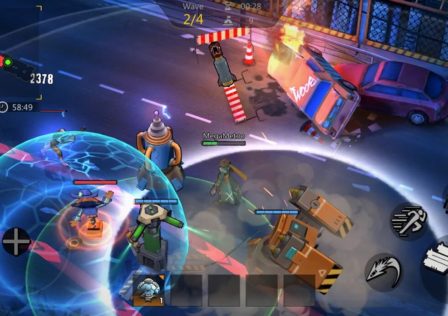 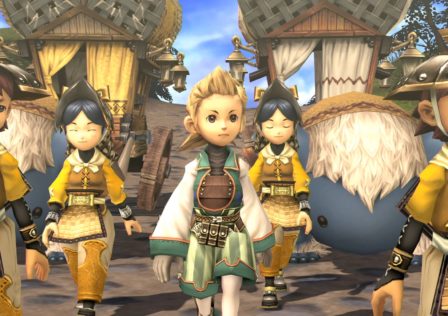