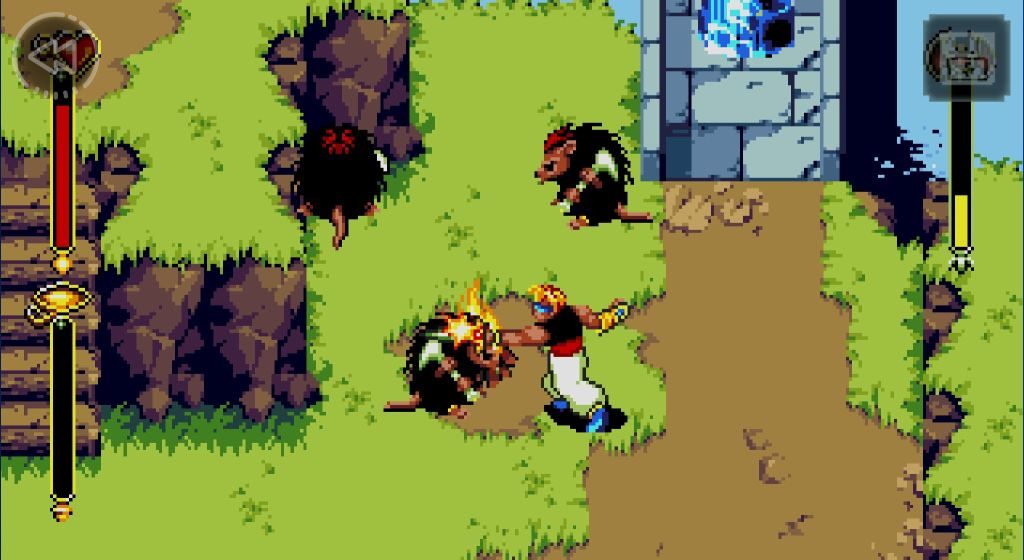 Beyond Oasis isn’t the best-known of the Mega Drive games, but real gamers (and those who can put up with the limitations of very old games) will no doubt be excited to learn that it has arrived on Sega Forever.

It’s likely that at least some of the people reading this weren’t even born when Beyond Oasis came out in 1995, so here’s a quick refresher. It’s a fantasy RPG along the lines of Zelda, and you play as a magic and weapon-wielding hero called Prince Ali. As you can see in the screenshot above, it lets you punch a giant rodent right in the face.

Beyond Oasis was widely acclaimed when it came out in 1995, and it’s the sort of game that can hold up well. Or it might be terrible – let us know!

This Sega Forever version naturally comes with controller support and save games, and it’s free to download. Get it here.