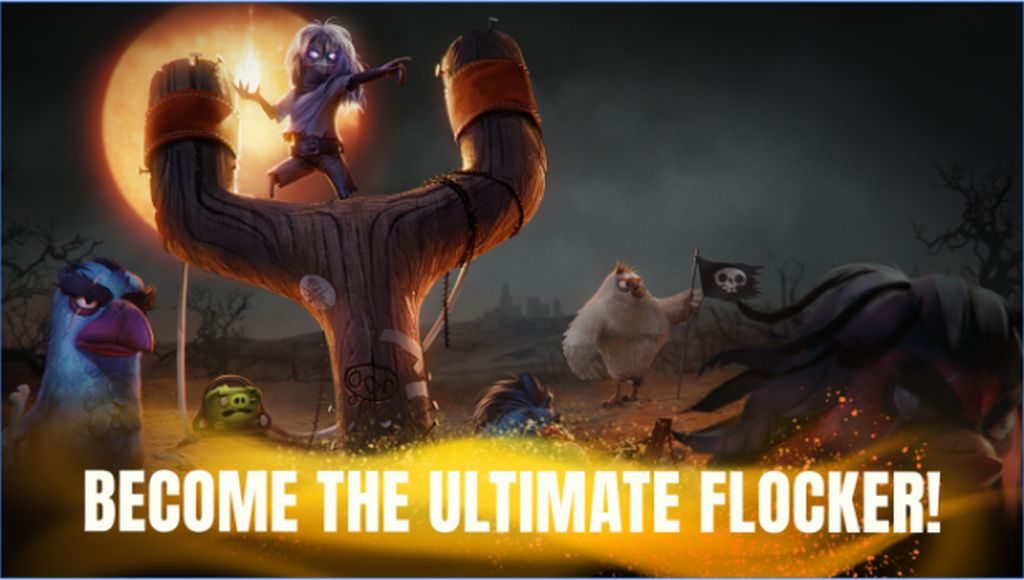 To celebrate Halloween, Rovio has teamed up with the elderly metal band Iron Maiden to temporarily add a character called Eddie the Bird to Angry Birds Evolution.

Eddie – a tribute to Iron Maiden’s gruesome skeletal mascot Eddie the Head – will have four stages of evolution, each representing a different Iron Maiden album, including such classics as Hell is Burning, Yellow Thunderhog, and Don’t Smack Talk My Iguana*.

Two other new birds join Eddie, along with three new pigs on the other side of the conflict, and the Angry Birds island has been temporarily converted into a, “Halloween themed heavy metal oasis.”

The event started yesterday and will last until the end of the month. Go here to read the patch notes if you want a full breakdown of the update’s contents. Otherwise just download Angry Birds Evolution here had see it for yourself.