Ironhide is working on a huge Iron Marines expansion 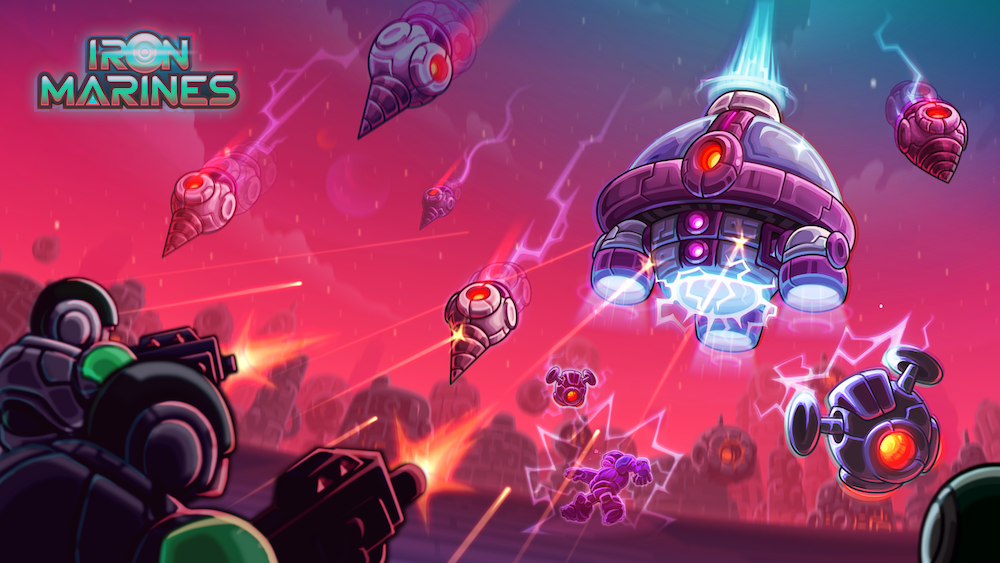 Ironhide has announced that work is going on behind the scenes on a sizeable expansion to Iron Marines. I guess that explains why we haven’t heard much from the developer since launch.

While information on that expansion is scarce, we do know that we’ll get a taster of it as early as November 9th. On that date, a smaller update will launch that introduces a few new features.

This update will push along the story of Iron Marines, both for Sagar-1 and Ascendaar. For the former, The Fell has increased in power after consuming a strange pink liquid, and you have to try and stop them before it gets in the hands of the Fell Tyrant.

The latter story focuses on where Rob070 backed up his data. Once you’ve found it, you’ll work on freeing an as-of-yet unrevealed prisoner.

Ironhide is working on a massive Iron Marines expansion, and will release a smaller update next week

Both of these stories are told in a brand new type of Spec OPs mission that takes part over two stages. Consider these like a miniature version of a standard mission.

Also included in the updated are two new premium heroes. There’s the warrior Guying, a crowd control specialist who has a decent balance of ranged and melee abilities, and a pet Stellar Dragon.

Then there’s the soldier Trabuco. He has a weapon capable of firing like a shotgun or a laser rifle, so is solid at all distances.

The new update will launch on November 9th, so you should grab Iron Marines on Google Play right now. In the meantime, we’ll try and dig up more information about that upcoming expansion.