The 10 best arcade games on Android 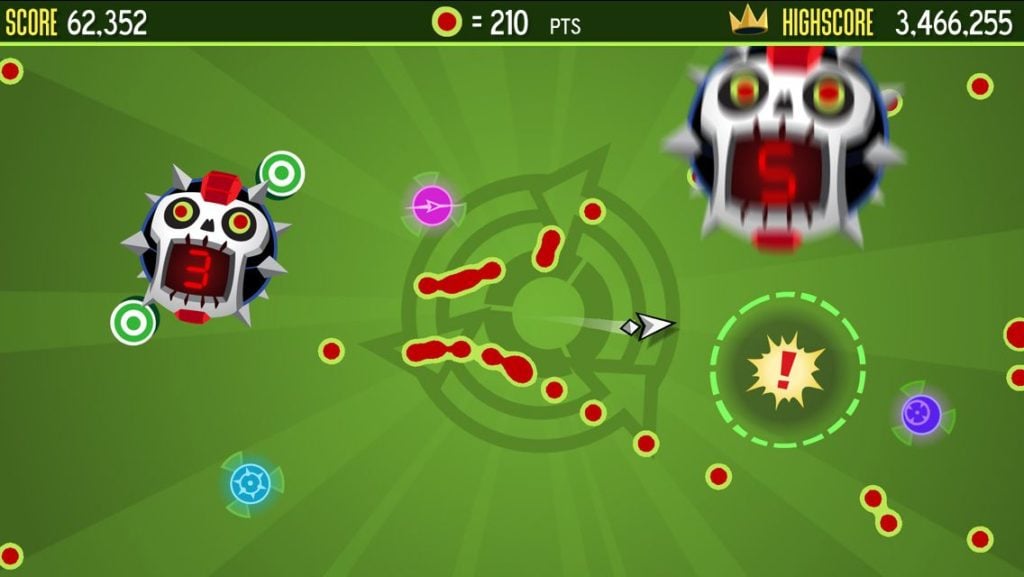 The amazing thing about Arkanoid vs Space Invaders is that it’s taken this long for someone to realise that Arkanoid and Space Invaders are fundamentally very similar and would make a great mash-up.

And great Arkanoid vs Space Invaders most certainly is. As you can probably deduce, the aim is to bounce a projectile back up from the bottom of the screen at rows of gradually descending aliens. There are 150 stages, 40 characters to unlock, boss battles, and an unlockable hard mode.

Shooty Skies shares some of its DNA with Crossy Road, and the family resemblance is obvious. But everything has been cranked up to 11 and beyond in this spiritual sequel, making it an indispensible action pick.

The same cute, distinctive blocky graphics are on display, but the real joy of Shooty Skies is in the clever balancing of controls. There are three basic actions – hold to fire, swipe to dodge, and lift your finger to charge up your special weapon. That means the tensest moments are often when you’re not touching the screen at all. Genius. Get it here.

Nothing evokes the heady golden age of the amusement arcade like an SNK port. Blazing Star is the quintessential arcade shooter. It drops you into the cockpit of one of six different spacecraft, each with its own strengths and weaknesses, and sets you loose on an army of vicious killbots.

Blazing Star is more R-Type than DoDonPachi, so there’s a bit of room to breathe as you weave your way through several distinct environments. Plus there’s a Bluetooth co-op mode so that you can play with friends. Blazing Star costs just 99p. Get it here.

Geometry Wars is the definitive arcade series for the console generation, surgically removing everything but the pure arcade essence of a shooter and serving it up in different level types like a deconstructed meal in a fancy avant garde restaurant.

And Geometry Wars 3: Dimensions is the definitive Geometry Wars experience, with over 100 levels, 15 3D grids, 12 modes, six companion drones, five super abilities, global leaderboards, and Bluetooth controller support. It’s not cheap at £6.99, but it’s well worth the investment. Get it here.

Tilt to Live was arguably the first truly great mobile arcade game made with your phone’s accelerometer in mind. It saw you tilting and rocking your device to move a ship around, like a ball on a tray, weaving between enemies and trying to destroy them by detonating bombs.

Tilt to Live 2: Redonkulous builds on the concept with boss battles, new weapons, and souped up presentation, but at heart it’s the same intuitive, addictive, and ingenious mobile arcade masterpiece. Get it here.

To be honest, we could have chosen any one of Hexage’s mobile arcade gems for this list, but we’ve gone for Radiant HD because, well, we felt like it. We don’t have to explain ourselves to you!

Radiant HD is, as its name suggests, the high definition version of Radiant, Hexage’s masterful, stylish tribute to arcade shooters of yore. It has over 100 levels, more than ten boss fights, and Bluetooth controller support. A bargain at just £1.69. Get it here.

Sky Force Reloaded is a modern take on top-down arcade shooters like 1942 and Galaga, and it has everything you could ask for in a game with that brief, including beautiful visuals, slick controls, and an inclusive difficulty curve.

But it’s so much more than a facelift. You don’t just acquire new ships, but assemble them, and after that there are hundreds of upgrades to install. You can pick up the wreckage of your friends’ ships for bonus points. There are bonus cards to find and collect, plus weekly tournaments to compete in. And, incredibly, it’s free. Get it here.

Another game from the hitmakers who gave us Crossy Road, Pac-Man 256 is the perfect modern twist on one of the most iconic franchises in videogaming history.

It’s basically a mash-up of Crossy Road and Pac-Man, in that you play as a yellow dot-munching disc in a maze that’s always scrolling upwards. The goal is to survive for as long as you can, and there are 15 spectacular power-ups to help you in this endeavour.

At just a month old, AKA to Blue is the youngest entry on this list. But It’s made a hell of a splash in its short time on the Google Play store, with glowing critical and user reviews. It’s not hard to see why.

AKA to Blue is a spectacular festival of destruction, screaming guitars, and white-hot light. In the tradition of the very best bullet-hell shooters, it chokes the screen with multicoloured balls of fire and streaks of lasers and challenges you to find a way through the maelstrom of ordnance, assisted by a powerful recharging bomb.

It’s not cheap at £7.49, but worth it if you want to enjoy some cutting edge arcade bedlam. Get it here.

The very definition of an ‘oldie but a goodie’, Fruit Ninja has seemingly been around for as long as touchscreen gaming, but its gratifying physics-based fruit-slashing action has never been surpassed.

In the unusual event that you’re not familiar with Fruit Ninja’s gameplay, the aim is simply to last as long as you can by slicing melons, pineapples, kiwi fruit, and other assorted fruit with your fingertip as they arc across the screen. Get it here.