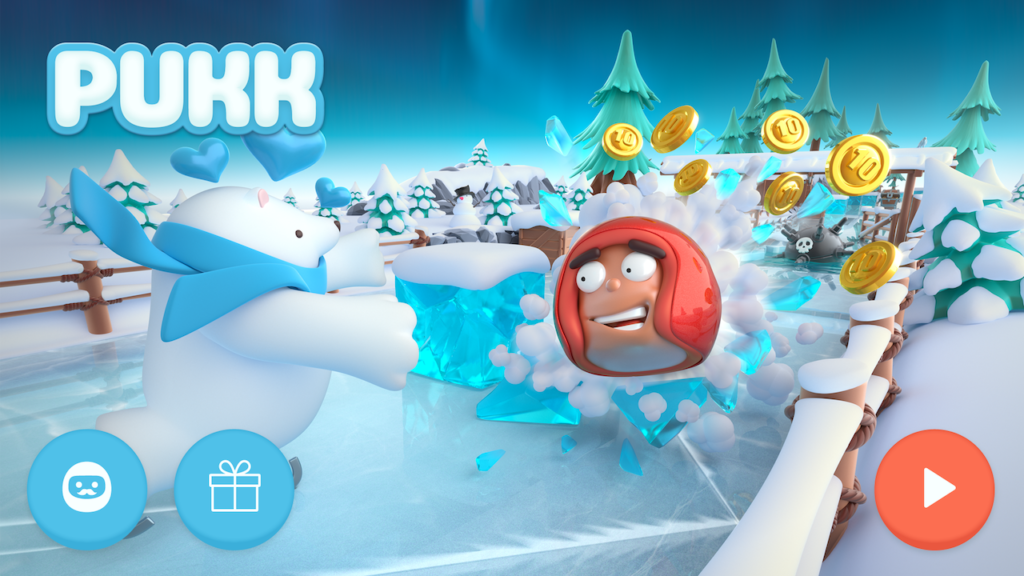 Let’s just get this out in the open. Pukk is weird.

You play as a disembodied head, still conscious and apparently delighted to be sliding around on the Swedish ice, smashing face-first into sturdy wooden crates and blocks of solid ice in search of treasure.

Also, a polar bear is trying to catch you, not because it’s hungry but because it loves and wants to cradle you. See? Weird. 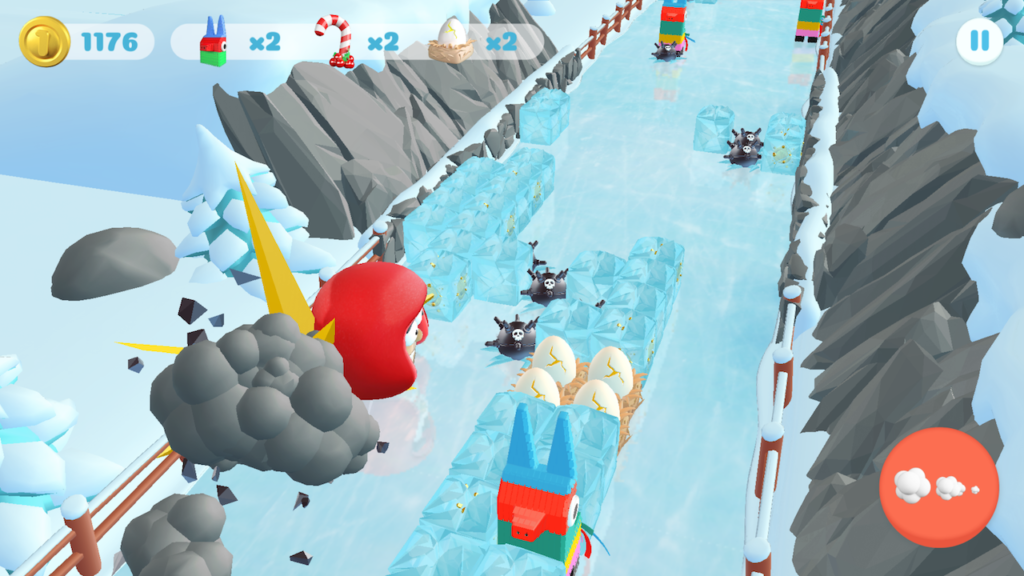 Fortunately, as anybody who’s ever slung an exploding bird at a tower of green pigs is aware, weird can be wonderful in the world of mobile gaming.

Under the bonnet, Pukk is a slick-looking and incredibly innovative take on the runner genre. The aim is to collect gold, which is mostly concealed in crates and ice blocks that sit on either side of the slippery lane down which you’re automatically sliding.

Your only input is a button on the bottom-right that speeds you up but at the same time narrows the angle at which you come off the walls, so that you’re always making progress at the same speed. So why speed up? 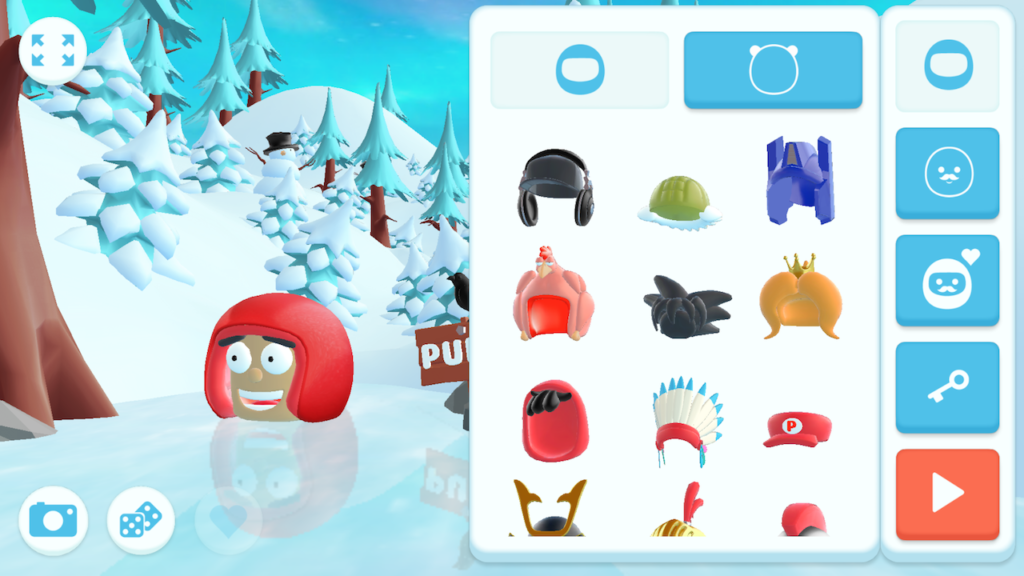 The point is to help you time your collisions with the sides so that you can smash as many crates as possible, and also to reduce your chances of getting stuck behind a box and caught by the polar bear. As fun as a hug from a big white bear might sound, it means game over.

Those boxes mentioned earlier by the way – there quite a few different types, to say the very least. If you can class piñatas, eggs, disco balls, moving crates, refrigerators, gold chests, candy canes, and sarcophagi anyway.
There’s also a large range of power ups to use, all activated with a simple touch of a button in the bottom left corner of the screen. Items such as potions and shields can make a huge difference in whether you complete a level or not.

That’s the basic gameplay, and we’ve never played anything quite like it. The rest is mostly decoration – as you progress you’ll unlock more and more hats and other effects to crank up the weirdness factor and increase the charm.

Pukk is available on Google Play and the App Store right now. It’s free to download, so check it out.