With the possible exception of football, no sport has thrived in the video game era more than golf. Calling for a perfect balance of power and precision, boldness and circumspection, it allows for a simulation-style approach at one end of the spectrum and ultra-simple casual gameplay at the other.

Shot Online Golf: World Championship aims for the centre of the fairway with a casual, mobile-friendly, free-to-play approach that gradually becomes more involved as you unlock new gear and skills.

The first spin-off of an innovative golfing MMO that started life on PC all the way back in 2004, Shot Online has been a long time coming, and it lands on a platform already crowded with competitors like the slick, addictive casual hit Golf Clash and the acclaimed sim WGT Golf.

Among this stiff competition Shot Online Golf just about holds its own. 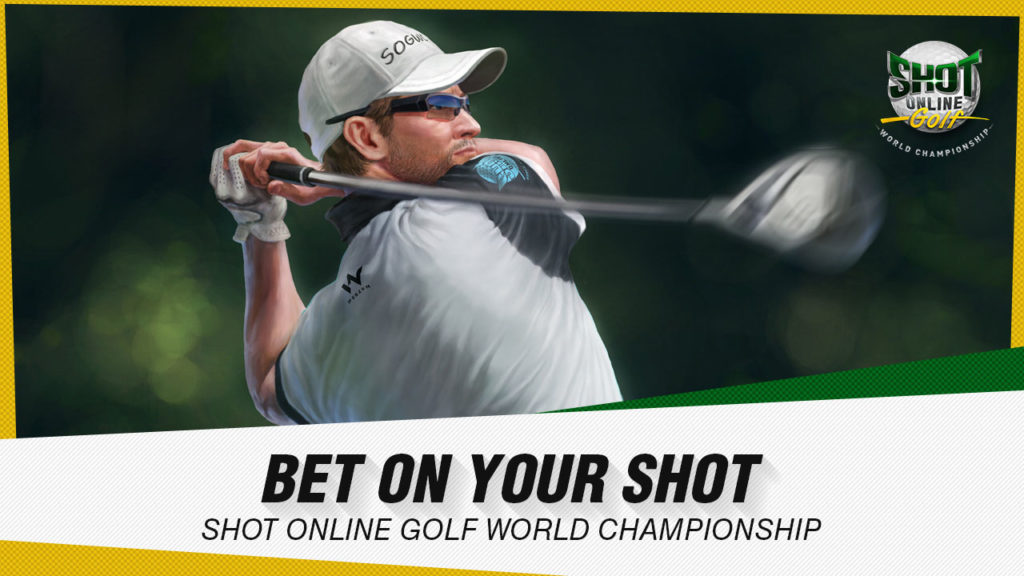 Let’s start with the golfing mechanics, because there are some interesting twists in the way you stroke and putt the ball.

The twist is that this marker sweeps at the same speed irrespective of where you set your shot hardness slider, so there’s no penalty in terms of difficulty for hitting the ball as hard as you humanly can.

The second twist is that when you’re on the green you only have to worry about setting the direction and strength of your putt—there’s no slider, so once you’re happy with your settings you just lift your finger off the screen and watch your avatar take the shot.

Worth a Shot Online Golf 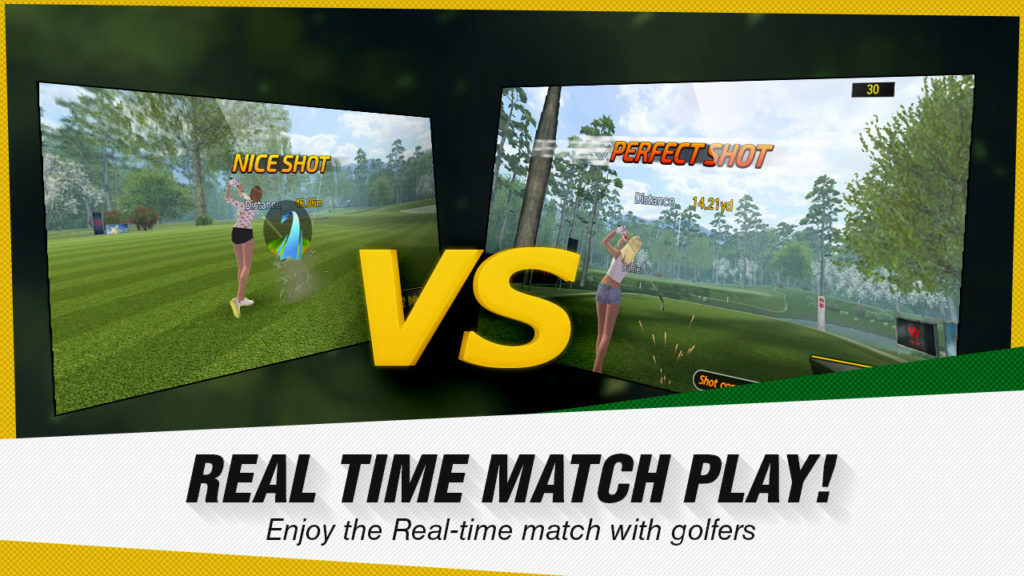 In some respects this makes for quite a casual experience. Until you start hitting later levels and unlocking skills like draw, backspin, and so on, the game doesn’t give you much to think about in terms of the shots themselves.

But at the same time Shot Online Golf can be quite unforgiving. If you end up in the rough, you’re likely to stay there for several shots unless you take some initiative, ignore the default line, and head back to the fairway. In other words, you have to make authentic golfing decisions on your own.

And for all that the lack of an accuracy slider on the putting greens makes putting easier, the game doesn’t give you a line that factors in the surface of the green unless you ask for one, and you only have a limited number of these at your disposal.

That’s right—putting guides are consumable, along with Mulligans, Impact Drinks (for widening the sweet spot), Slow Drinks (for slowing the marker), and Power Drinks (you don’t need me to explain this). 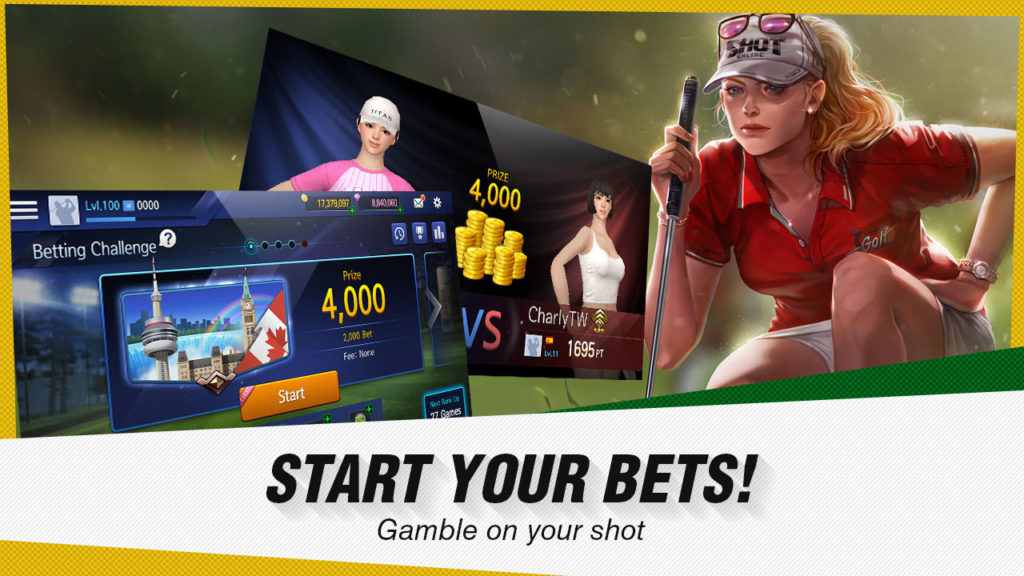 You can buy these consumables, along with various other items such as ball boxes and club covers, in the shop for gold. What do you need club covers for? Well, over time your clubs will deteriorate, necessitating costly repairs. Club covers slow their deterioration.

Shot Online Golf is a free-to-play game through and through, with all the unlocking and busywork that entails. As you play there’s an endless succession of achievements and completed missions to claim, along with gold earned on the fairways for hitting perfect shots, sinking birdies, and so on.

There’s an even more dizzying array of ways to spend the gold and rubies you amass. For example, you can buy, fit, evolve, and transcend your clubs, and then sell on any unused clubs and fitting kits to get a bit of gold back.

Everything costs gold or rubies, including Betting Challenges with other players. These are the best way to earn a lot of gold quickly, but they’re also the best way to lose everything in a heartbeat. If you lose too many matches you’ll eventually be unable to scrape together the stake for another round—a depressing state of affairs that players of Golf Clash will recognise all too well. 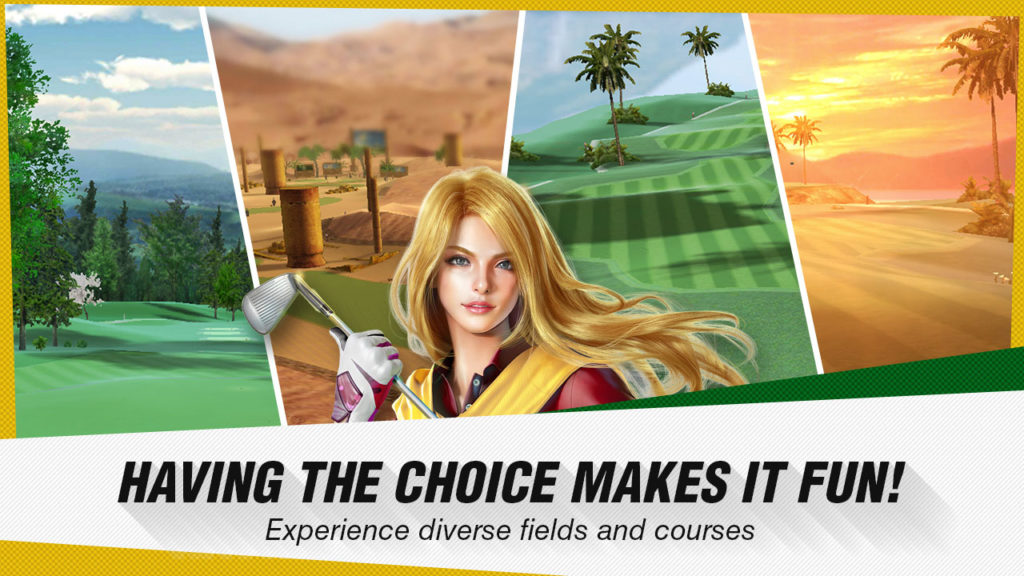 The difference here is that you can always have a game in the Academy, a single-player mode designed to get you to a decent level and adorn you with enough kit to compete in the multiplayer badlands.

And there’s also the Short Game mode, which is split into three timed competition events—Long Drive, Nearest, and Putting.

In that sense, Shot Online Golf is exactly what you’d expect from a Korean MMO with a golfing theme: lots of tinkering, solid gameplay, and a precision-engineered free-to-play system.

Try it out for yourself now on Google Play (and the App Store).

Par for the course