Curling Buddies is an arcade take on curling with added zombies 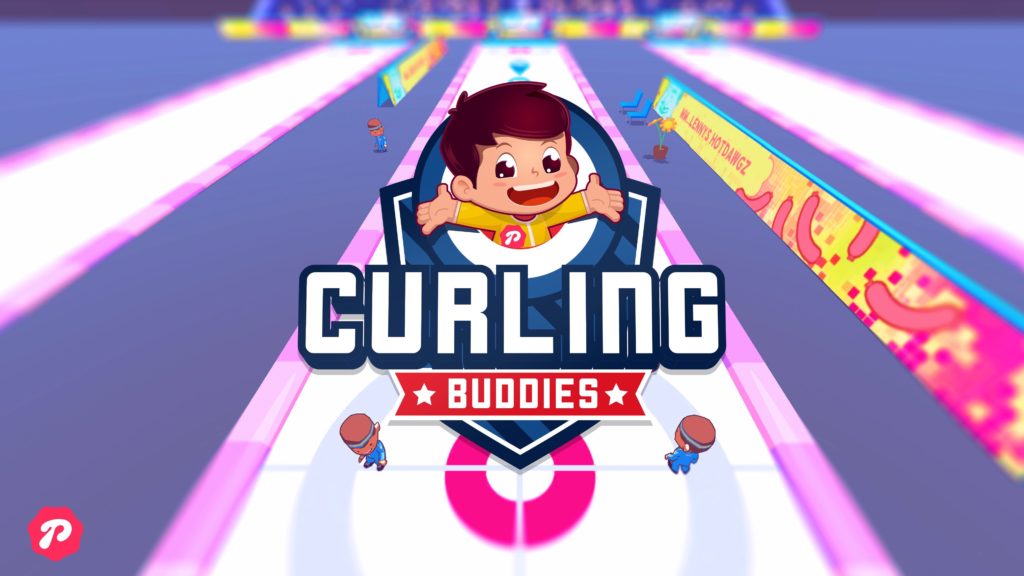 If you’ve never experienced the magic of curling before, it involves sliding a stone down a sort of bowling lane made of ice towards a target at the end, while two sweepers frantically scrub the surface of the lane to influence the stone’s path.

There’s no other sport quite like it, winter or otherwise, and it’s a blast to watch.

But it’s even more fun to play — especially if you’re throwing a person instead of a stone. And the lane is littered with hazards and obstacles. Also there are zombies. 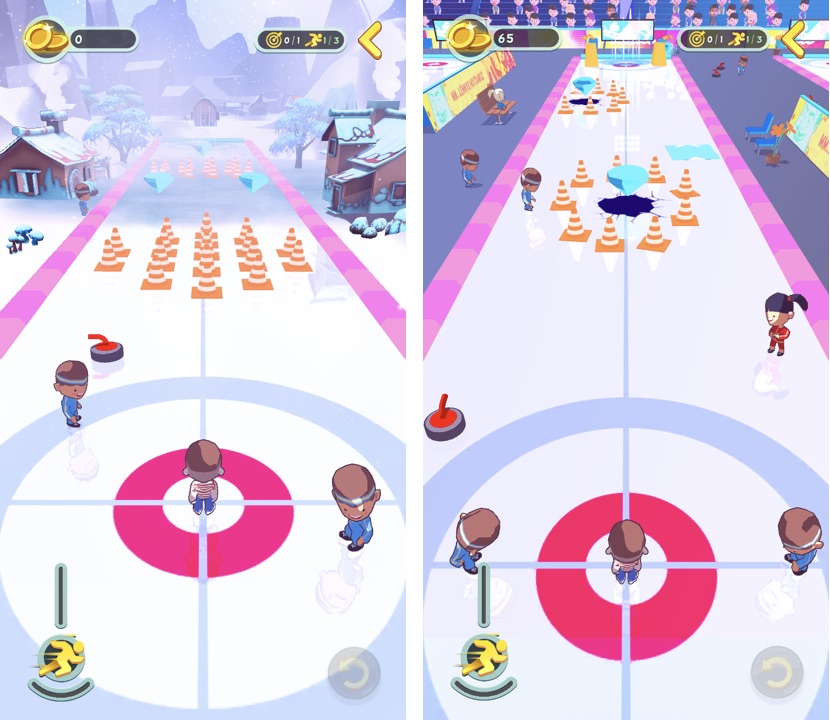 Using a catapult control mechanic familiar from games like Angry Birds, you have to pull back, aim, and release human missiles towards a target at the end of the lane.

Along the way your living, breathing projectile will encounter ramps, sliding walls, and holes in the ice. It’s not all bad news though. There are also gems to collect, which you can exchange for coins with which to buy new human cannonballs. 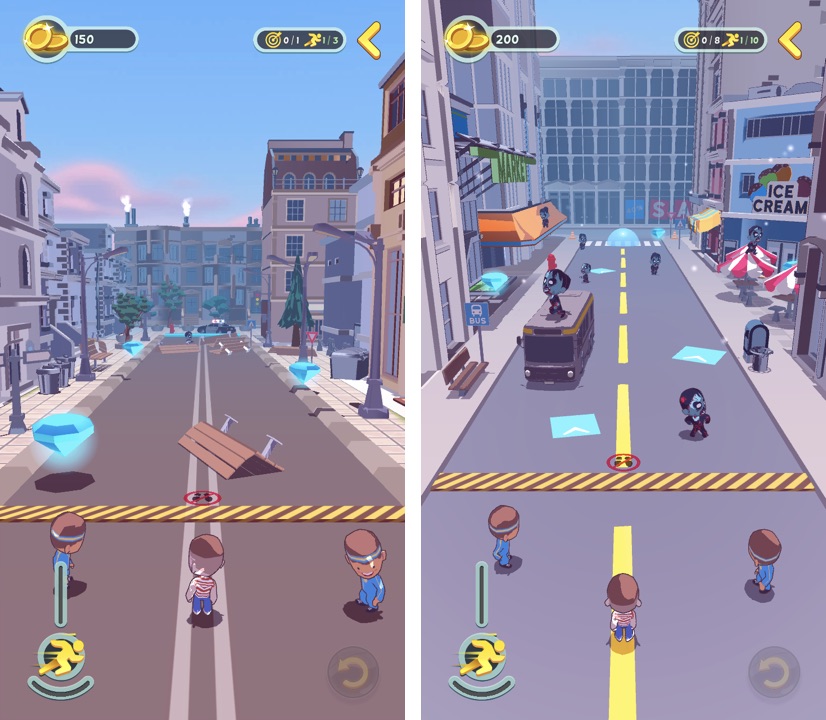 The trick is to get the power right. If you overcook your shots your hapless human curling stones will smash into obstacles and spin out of control, potentially plunging under the ice. But hurl them too softly and you’ll never get anywhere.

Curling Buddies is a fun take on curling, and it has an extra ace up its sleeve in the form of the Zombie mode. In this mode, the aim is to hit things rather than avoid them. Those things are zombies, and every one you collide with is cured of its brain-craving disease.

Zombie mode, which you have to unlock, is far more difficult than the main mode, and it dramatically increases the replayability of Curling Buddies by flipping the gameplay dynamic on its head.