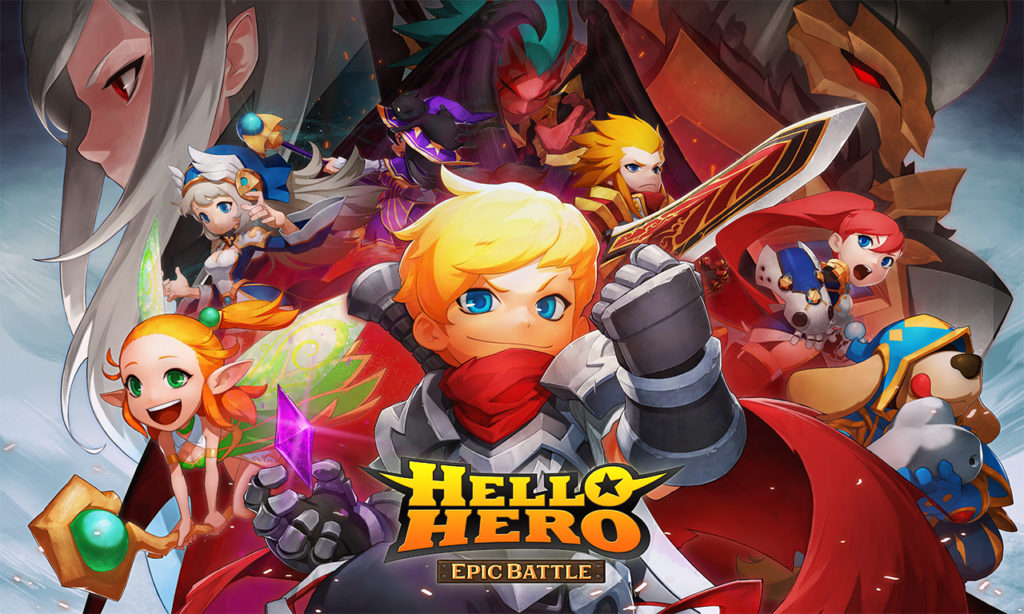 If you remember Hello Hero then we advise you start getting excited, as it now has a sequel in the form of Hello Hero Epic Battle.

An action packed role playing adventure that lets you take control of a band of heroes, it’s set 17 years after the first game. It still has firm links in its predecessor though, with the heroes from Hello Hero joining several new characters.

In fact there are over one hundred recruits you can employ in your squad in order to take on the invading Phobos Army.

You take them on in real-time battles controlled via swipes and taps on the touchscreen. Everything is easy to control too – aided no ended by the game’s crisp and clear 3D visuals.

Making sure you select the right heroes to be in your team from the dizzying number available is key to crushing your opponents in battles. There are even plans by the developer to release smart toy figures you can use to provide exclusive boosts and rewards for your heroes – watch this space on that.

The battles are a huge draw, but then there’s a huge number of modes to get your teeth into.

You’ve got your standard Adventure mode with 4 difficulty settings and 70 stages, but then there are several more interesting options that mix things up.

There’s Expedition where you must struggle through dungeons with just one hero for instance – but the rewards you can get from these tricky assignments makes them more than worthwhile.

Conquest, World Boss, Battlefield, and several other options all offer different ways to take on the immersive battles.

So Hello Hero Epic Battle is a must if you have even the passing interest in RPGs, and you can download it now on Google Play (and the App Store!).