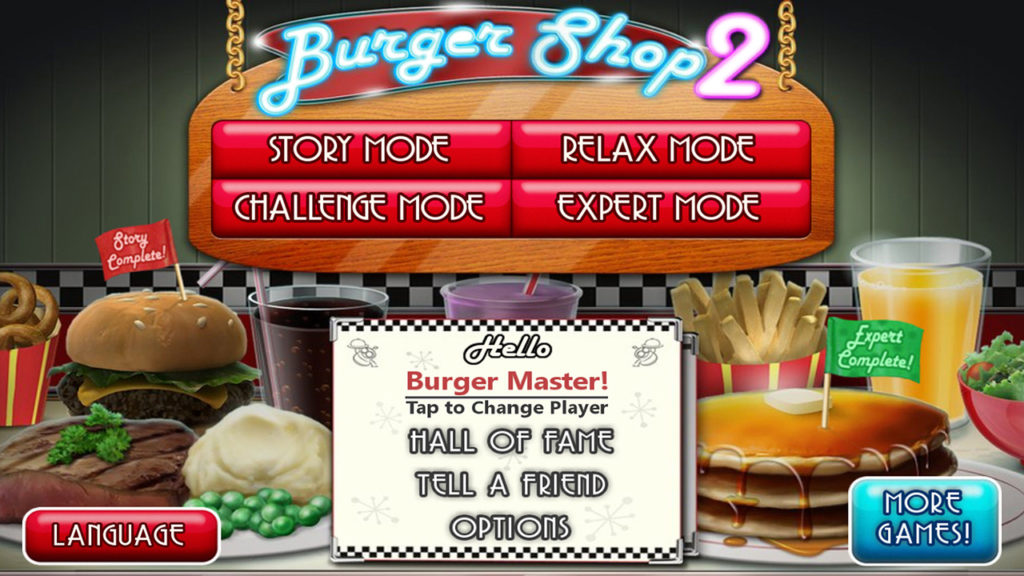 When trying to think of fun activities to pass the time, nobody ever opts for assembling fast food orders in a noisy industrial kitchen.

And yet, somehow, behind the counter at a burger joint is the perfect setting for a casual game. The original Burger Shop proved this conclusively, attracting millions of players across multiple platforms. And now developer GoBit Games has delivered a second helping in the form of Burger Shop 2.

Players of the first game will remember the meteoric rise of the central character as he went from humble diner owner all the way to the top of the catering world, thanks to his trusty BurgerTron 2000.

Well Burger Shop 2 opens with this character waking up in a dumpster with a head wound and no memory of how he got there. Worse, his diner is boarded up and his empire has collapsed. 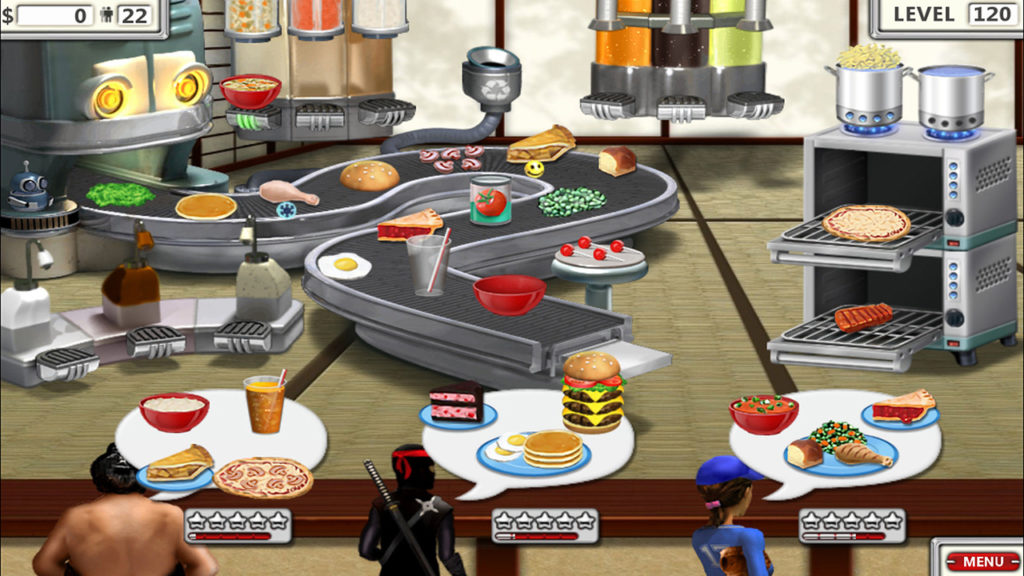 Fortunately, he still has his BurgerTron 2000, so he puts it to work in a bid to regain his fortune and find out how he ended up losing it all in the first place.

That’s the story stuff out of the way (though a chapter is added to the tale whenever you unlock a new location). The gameplay works like this: BurgerTron 2000 feeds food items into the top of the screen along a conveyor belt, while your patrons give their orders and receive their food at a counter along the bottom.

At first, this is as easy as it sounds. You tap on a plate, and then on the food you need to serve, and then on the customer. Simple. Except certain foods, like fries, need to be cooked first. Oh, and drinks need to be filled. And toast needs to be toasted. And so on and on.

Before starting every stage you’re given a choice of three food items to add to your menu. There are more than 100 of these, and 120 stages to the game in total, so the challenge increases at a relentless rate.

A drinks machine appears in your kitchen. Then a toaster. Then an oven. Then an ice cream machine. Naturally that means there are many foods you need to prepare before serving, which rapidly messes you up. Picture three hungry customers waiting for drinks and steaks when there’s only one drink vending machine and two ovens and you’ll start to get an idea.

To make matters worse, Burger Shop 2 can be unforgiving at times. If you put the wrong food item on a plate, you can’t just take it off again – you have to chuck the whole thing down the garbage disposal and start again, which can fatally set you back.

Fatally? Okay, that’s an exaggeration. But your patrons quickly grow impatient, their speech bubbles turning red with anger, meaning you’re in for a shoddy tip or, worse, a walkout. The only way to keep them happy is to serve their meals in stages – for example, if you give them their drink they’ll be placated for a while, allowing you to get the rest of their meal together.

Burger Shop 2 also gives you little boosters to help you out of sticky situations, such as the hovering BurgerBot, which prepares and serves any order in double-quick time, or the Freeze Patience Powerup, which presumably puts your customers into a temporary trance. 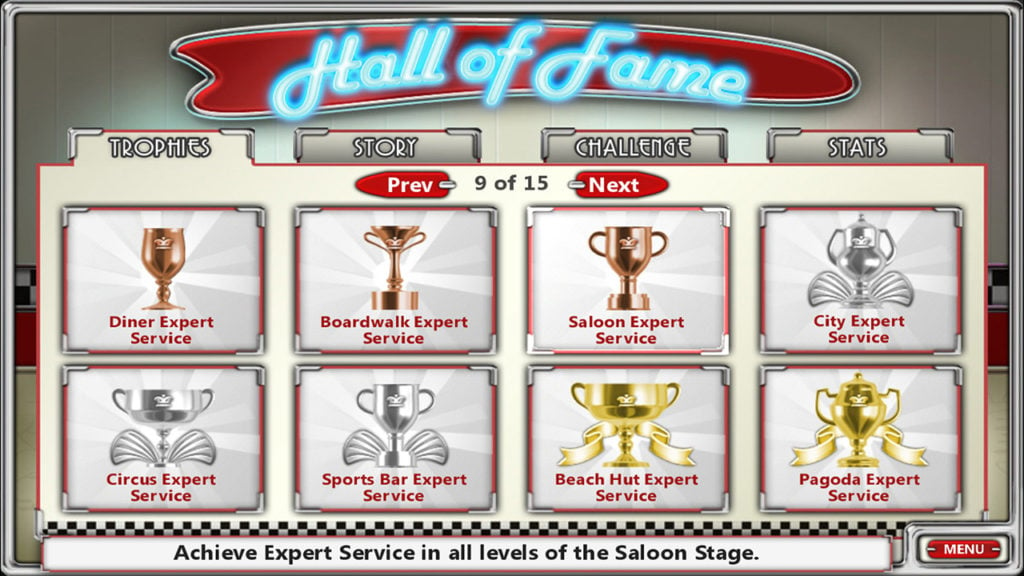 You can also give lollipops to particularly testy customers, to keep them around for a little while longer, though you need to remember to take the plate of lollipops back afterwards, giving you yet another job to juggle.

Once you’ve got a few stages under your belt, it starts to become clear how deep and challenging Burger Shop 2 really is. Not only do you have to manage dozens of different food items, but there are distinct customer types too.

Some are patient, others not. Some like to see a menu, while others just get right down to ordering. Some order multiple dishes, others just one. Some even have dogs, and you can keep these ones happy by plying them with dog biscuits. It’s the little things that matter.

Unfortunately, the presentation doesn’t quite match the gameplay, with dated cartoon graphics that wouldn’t have looked particularly impressive a decade ago. The story is fun though. Ultimately Burger Shop 2 is pretty much what you’d hope for: an improved and expanded re-run of the first game.

If you like your time-management games challenging, surreal, and visually unspectacular, you won’t be disappointed.