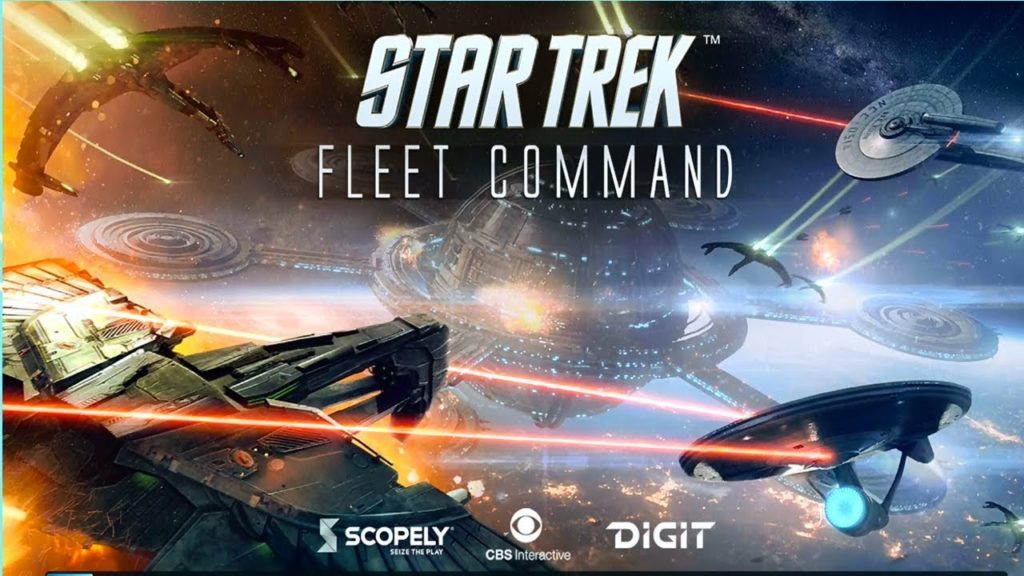 Star Trek: Fleet Command, from Scopely, is the latest attempt to fulfil the franchise’s potential on mobile.

The game is set in the same timeline as the recent movies. Chris Pine, Zachary Quinto, and Karl Urban and others are all faithfully reproduced in gleaming 3D, and the graphics throughout Star Trek: Fleet Command are highly polished, if occasionally difficult to make out on the small screen (that’s what happens you try to squeeze the universe into a mobile game).

Of course, you can enlarge everything by playing the game on your PC through BlueStacks, assuming your PC is powerful enough to handle the client.

This method also has the advantage of helping you to avoid those niggling false taps that are unavoidable on a small screen, in turn allowing you to react more promptly and accurately to the action in the game.

Plus, it means you don’t have to run your mobile battery down.

The gameplay sees you slotting into the Federation and taking command of a base. You need to build this base up, add new ships to your fleet, recruit staff onto your roster, and generally create a force capable of boldly going where no person has gone before.

Parsteel and Tritanium are resources that allow you to construct buildings and ships respectively. A third element, Dilithium, is suitable for both but in shorter supply, while a fourth, Latinum, lets you skip wait timers for construction and upgrades. 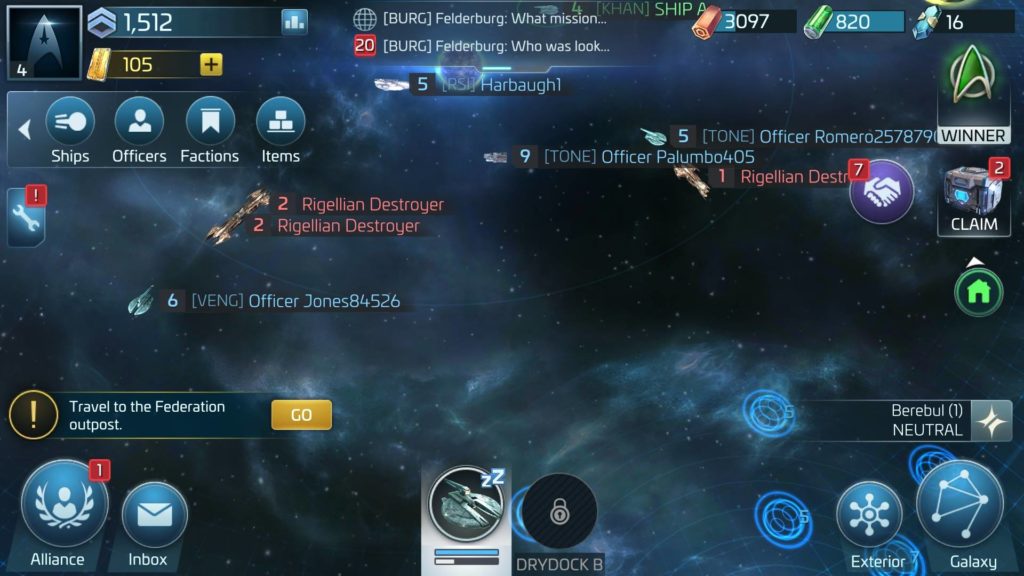 Everything can be levelled up, from your buildings to your ships to your crew, making them more effective at whatever it is they do. For example, levelling up your Parsteel Warehouse increases its storage capacity, while upgrading your R&D department increases its research speed.

Your crew members, meanwhile, all have specific effects on the ships they’re on. McCoy, a doctor, increases the health of every officers and enhances the effectiveness of the captain due to his psychiatric credentials. Levelling crew members up makes them more effective.

Building projects and upgrades are on timers, ranging from not very long to very long indeed. As well as using Latinum to expedite your progress you can spend consumable time-skipping boosts that come your way through gameplay.

On top of that you can you ask your fellow guild members for help, and you can help them out in turn. If you don’t consider yourself a joiner, fear not – guild activity is handled with a very light touch, and it’s easy to avail yourself of the advantages of membership.

Outside the base-building, Star Trek: Fleet Command almost feels like a space trading and exploration game along the lines of Galaxy on Fire or Frontier (albeit without the trading).

With a zoomable, tiered map to explore, consisting of solar system and galaxy views, you’re free to travel from region to region, hopping between hyperspace stepping stones. There’s a huge variety of missions to take on, ranging from simple shoot-to-kill exercises to collecting samples for the Romulans and spreading disinformation for the Malurians.

That’s right – while you’re a member of the Federation, you’re free to freelance for the different factions, and at certain points you can even make explicit, Telltale-esque A or B choices about whose favor you want to curry.

Star Trek: Fleet Command is pleasingly open. While the game prompts you, through the mission system, to keep on top of your building and upgrading, you’re free to just blast AI enemies out of the sky for PvE crates and mine asteroids if you like – though you won’t get very far.

The missions themselves involve a bit of initiative in terms of finding waypoints, and aficionados of more casual MMORPGs may find themselves scratching their heads. That’s a good thing.

So head on over to Google Play, the App Store, or BlueStacks right now and grab Star Trek Fleet Command.