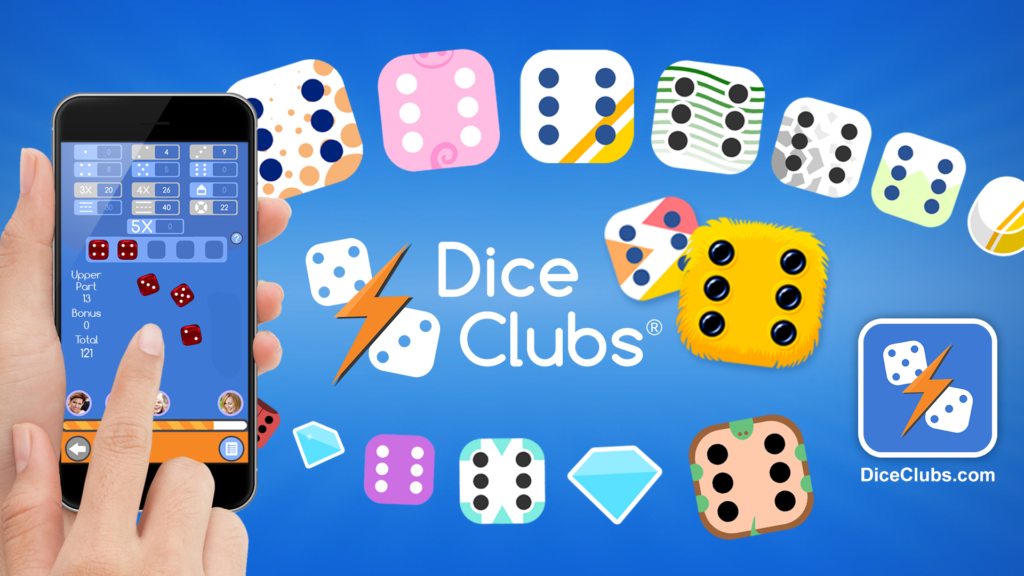 Being in a duel is not much fun. Being in a club, however, is lovely. That’s probably why Dice Duel is now called Dice Clubs. Sensible rebranding if you ask us.

Otherwise this mobile take on the classic dice game dice poker is as polished and addictive as ever.

Not familiar with the rules of dice poker? Allow us to send you on a crash course.

Dice poker involves throwing dice to get poker hands. Sort of. You start with a list of combinations you need to make, many of which are poker-themed, such as a full house (three of one number, two of another), a straight (consecutive numbers), and a four of a kind (four of a kind).

In each turn you have three throws, and after your first and second throws you can hold back any dice you like. If you’re looking to tick off your 1s category and you get one 1 in your first throw you’ll hold onto that and throw the other four. You get the idea.

If you don’t get any more 1s, but in your last throw you get four 2s, you can always tick off your 2s category instead. You have to tick off a category every turn, and the game ends when you and your opponent have both ticked them all off.

Dice throws are famously random, but there’s a lot of scope for tactical play in terms of which categories you aim for and when. Dice poker is a game of hedging.

And so is Dice Clubs, which brings the formula bang up to date with a slick interface, a friend system, and several multiplayer options, including a nerve-wracking Dice Duel mode in which you play for precious, precious gems.

As well as treating its game to a new name, developer b-interaktive has added a few more tweaks. For instance, you’ll now be treated to a celebratory animation when you get a rare 5x throw, and you can communicate with your fellow players with emojis rather than words.

Those emojis are all animated as well – depicting the game’s mascot in a range of situations and outfits.

If you’re already a Dice Clubs player, you’re bound to enjoy the changes. If you’ve never played it before, you can download the game right now, for free, on Google Play.