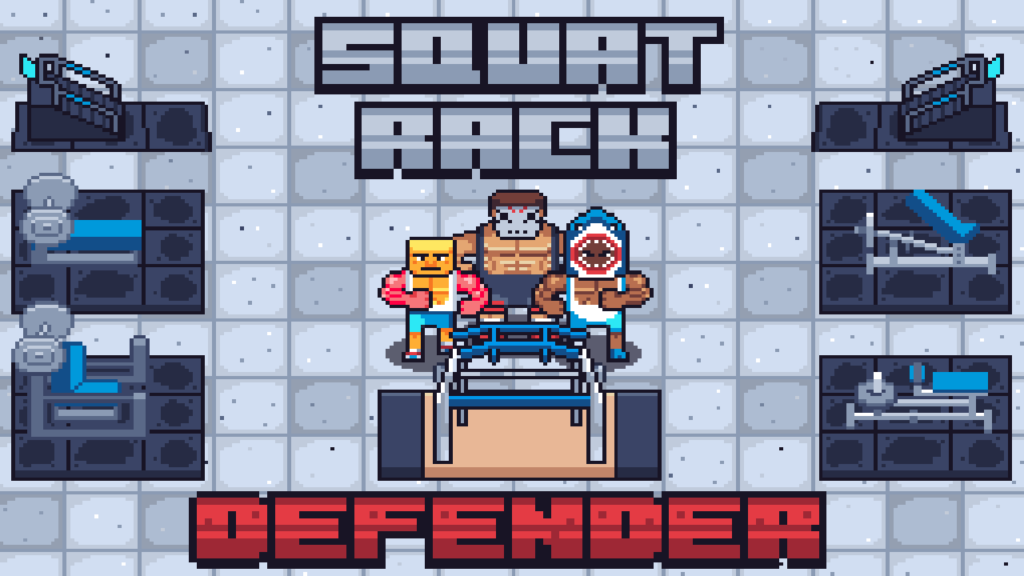 The gym can be a dangerous place, packed with heavy equipment and people pushing their bodies to the limits. That’s why a strict code of conduct is in force at all times.

That being said, sometimes you have to break the rules to keep the squat rack free.

That’s the starting premise of Squat Rack Defender, a tongue-in-cheek casual high score-chaser that sees you violating every health and safety law under the sun to defend your precious bodybuilding equipment.

The gameplay is in the classic arcade mould. Bulky exercise fanatics stream in through the gym doors at the top of the screen and you strafe left and right along the bottom, throwing stuff at them, from banana skins and drinking cups at one end of the danger scale to weights and kettle bells at the other.

Let a single iron pumper past and it’s game over – the squat rack is in use and you might as well go home.

Squat Rack Defender has all the stuff you’d expect from a top tier casual time waster, including achievements, unlockable content in the form of gyms and characters, boss battles, and a slick retro-happy style, complete with a thumping 16-bit soundtrack.

It also has vintage difficulty, thanks in part to its novel control system. You’d assume from the screenshots that you swipe left and right to move, but you’d be wrong.

In fact, tapping on the screen unleashes a projectile and changes your direction at the same time. This takes some getting used to, but soon you’ll be keeping the beefcakes at bay and racking up ever greater high scores.

You’ve got to give Squat Rack Defender points for originality: quite aside from the novel control system, there aren’t very many casual arcade games set in gyms. And, just like visiting a real gym, this game is strangely addictive once you get into the swing of it.

You can download Squat Rack Defender for free right now on Google Play (and the App Store).