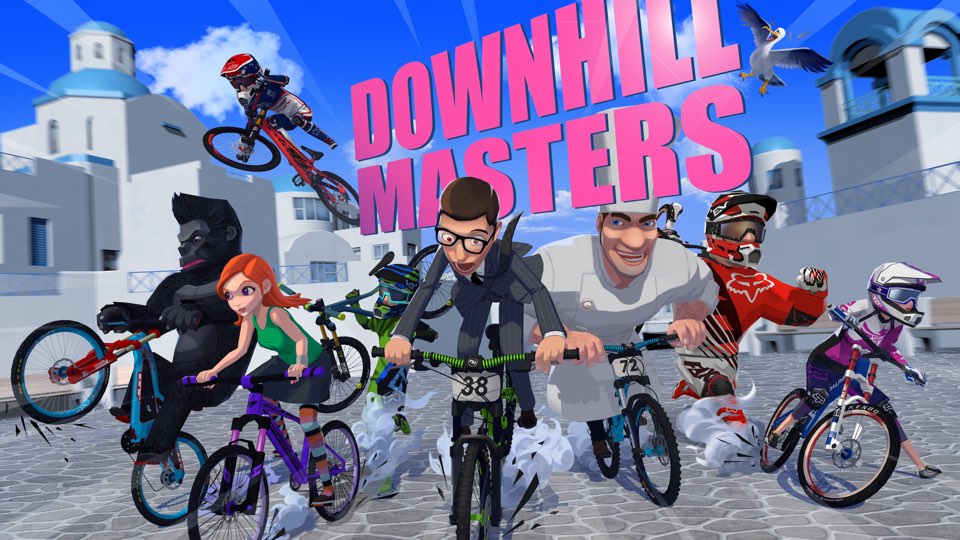 Professional racing has different kinds of fans. Some of these fans just like to watch the competitors going head to head on the track, using their skills and guile to bury their opponents and cross the finish line first.

Other racing fans get into the technical stuff that goes on behind the scenes – how much the mechanics have changed, how much the team has spent, how hard the drivers have been training, and so on.

DownHill Masters is for the second kind of fan. While it contains some frantic, tense races down a series of tight, winding, urban courses, you’ll spend at least as much time off the track as you do on it.

We’ll start with the backroom stuff. The game gives you three different riders to choose from, each with their own riding style. Marie specializes in tricks, while the besuited Steve goes in for speed and the hulking chef Devito unsurprisingly prefers power.

Making progress with these three characters involves a weird and wonderful array of activities.

After selecting a character you’ll see them standing outside their garage ready to jump into their VW Camper and head for the race track. But swiping left or right on the screen takes them to the other areas of their life.

There’s a screen for work, one for the gym, and lastly one for home. In each of these you have tasks to complete – though these aren’t interactive. You just tap on the icons on the bottom right of the screen to set them going.

These tasks allow your character to level-up and earn money, depending on where they are, and as they level-up more tasks become available.

The three characters in DownHill Masters all look great, and a lot of effort has clearly been poured into fleshing them out. Unfortunately, Marie is not the greatest symbol of female emancipation, in that her home is mostly pink and her work involves ironing and sewing. Oops.

In terms of the action on the track, DownHill Masters sees you hurtling down various courses carved out of a single overarching urban map.

The Race mode, which is where you’ll spend most of your racing time initially, is made up of ten chapters comprising five races each, with every race in a chapter taking place on the same section of the course.

This feels a bit repetitive at first, partly because it takes a while for the difficulty to ramp up to the point that you’re reliably losing races. We didn’t encounter a real challenge until the sixth chapter.

That said, the races are frantic, jostly affairs, with other riders trying to knock you off and chip away at your HP they get a chance. Amusingly, if they succeed you have to finish the race on foot, with your bike over your shoulder.

Alongside HP you’ve got power, a constantly replenishing boost function. There’s a brake, too, but who need those?

Every time you win a race you get a loot crate. Opening these takes some time, but you can expedite the process by splashing out a few gems. These crates contain passive and active skills that you can equip to your rider before a race, giving you extra HP, extra power, a speed boost for the whole race, and so on.

Once things get tricky on the track you’ll need to bust these skills out, and picking the right ones for the situation is essential. Equally, it’s essential that don’t waste them, as they’re all consumable.

On top of that you can buy and upgrade everything from the individual parts of your bike frame to your gloves and shoes, with each item conferring its own unique benefits in six different areas of your performance. Each character has a skill tree, too, which you climb with tricky-to-obtain skill tickets.

In other words, DownHill Masters is a deep management game, and the need to exercise extreme managerial prowess becomes evident as you reach the tougher races – and harder opponents in the World Grandprix – and run out of gems. The free-to-play economy is as tough to navigate as the real one.

DownHill Masters is an ambitious game, covering every area of a semi-professional racer’s life, from earning money at their day job to spend on gear, all the way to bombing down a street on a bike with the wind in their hair.

As you’d expect, the racing itself is not the main attraction – though it’s perfectly fine. Instead, what stands out in DownHill Masters is the sheer breadth of its managerial scope and its polished, personality-filled presentation.

Check out Downhill Masters for yourself on Google Play right now.

As long as you find the nuts and bolts of racing - and, more importantly, the free-to-play economy - as enjoyable as the racing itself, you should take DownHill Masters for a spin. 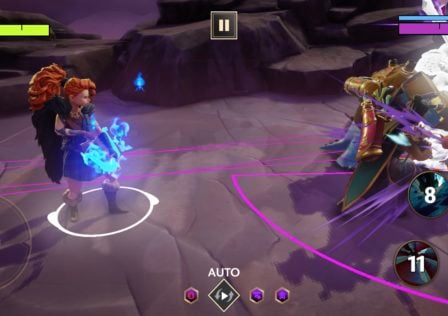 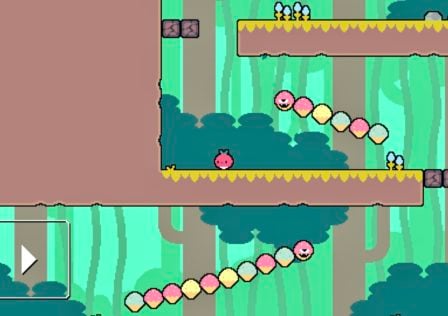 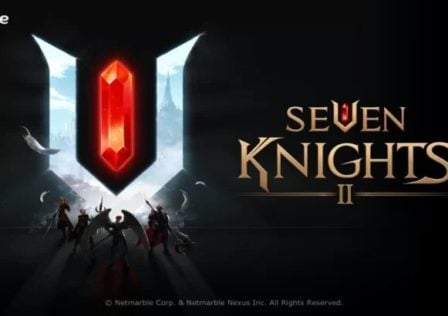