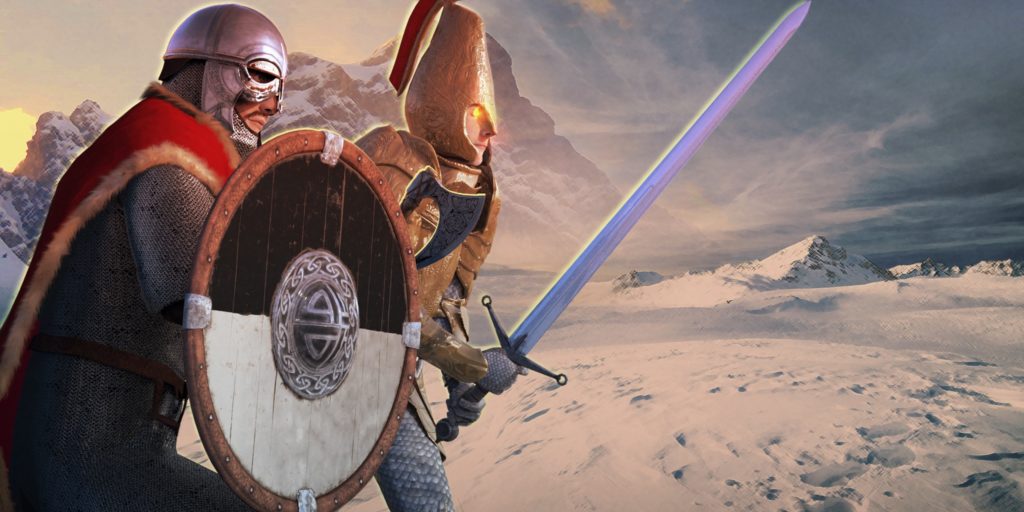 Shieldwall Chronicles launched on iOS a few weeks back, and has just arrived on Android. That’s a much shorter wait than we’re used to, which is nice.

It’s a tactical RPG in which you lead a mercenary band into the frigid northern reaches of Tarren. Your goal is to make as much money as possible by battling a wide variety of enemies.

Shieldwall Chronicles challenges you to run your own mercenary business

You’ll build your own party out of different characters – each one of which has their own class out of a possible 16. This includes hardened warriors, wizards, and ranged archers.

9Battles are turn-based and play a lot like090 009055Fire Emblem. The morale system is entirely unique though, with characters fighting better if they feel like they’re winning and panicking if losing looks like a possibility.

You can equip all of your fighters with new weapons, armour, jewellery, and cloaks. Each has a rating from common all the way up to legendary, with the better items including greater statistic bonuses.

So if you really like your tactical RPGs, you really could do a lot worse than Shieldwall Chronicles. Go ahead and grab it right now from Google Play.