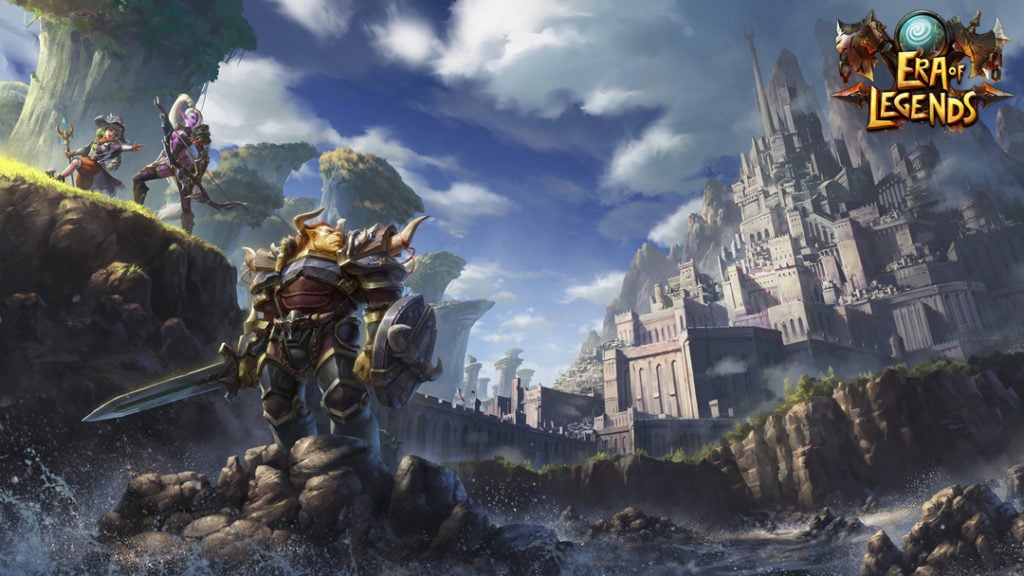 Mobile MMORPGs took a step in the wrong direction the moment that autoplay became the dominant way to play.

While initially enamoured with this mechanic (because, in theory, it allowed us to avoid the usual MMORPG grind) it started to wear thin after a few hours of playing any of the hundred-odd copycat MMORPGs out there.

It’s been even more difficult to justify playing these games since the arrival of Old School RuneScape too, because, aside from flashy graphics, that game offers everything we want from the genre.

Oh, and it also lets you actually play the game – imagine that?!

So when we initially booted up Era of Legends, we weren’t particularly excited. It ticked all of the usual boxes: big in Asia, gender-locked classes, flashy graphics, autoplay.

Yet, a few hours in, the experience started to grow on us. You see, Era of Legends is very selective about when you can use its autoplay mechanics. Ultimately, it’s limited to open world questing and that’s it.

Era of Legends is very selective about its autoplay mechanics

Let’s talk a bit about the experience as a whole though. You’ll select from one of eight different classes, which range from standard MMORPG Warrior, Mage, and Priest to the more interesting hybrid classes of Druid, Witch, and Shaman.

While classes are gender-locked (which should never be a thing), they do each have their own race. Again, this ranges from standard humans, elves, and dwarves to the less common minotaurs, dark elves, and what we can only assume is some kind of goblin.

It’s clear from the off that each class has its own well-defined role too. We actually appreciated having eight different classes, because it adds a lot of variety to the experience and allows for players who like to take up a few of the less standard MMORPG roles like debuffer, pet summoner, and shapeshifter.

The biggest disappointment though is the lack of customisation whatsoever. You can’t even pick from a few standard faces or hairstyles.

Select a character and you’ll get a brief tutorial of the mechanics – and there’s nothing really new here. You use a virtual joystick to move your character around and tap a few buttons to use your skills. Simple stuff.

However, the attack and skill animations are particularly great – possibly even the best we’ve seen in a mobile MMORPG yet.

While you can’t dodge attacks, you can move while attacking and that’s a welcome feature. It’s a good thing too, as powerful enemy attacks get telegraphed with a glowing red marker.

But you don’t really need to worry about all of that while questing, as the game opts to do so automatically. You’ll watch as your character runs, rides, or flies (depending on your mount) about chatting to NPCs (skip the story – its’ standard nonsensical fare), battling enemies, and picking up items.

In many ways, it’s a good thing that Era of Legends plays itself as the questing is really dull. Even on rare occasions where you get to interact with turrets or war robots the game handles it automatically.

The whole experience is incredibly gorgeous though – particularly the character models. It’s a good thing too, as that’s likely where the game aims to make its money.

New weapons and armour aren’t actually cosmetic here. Instead, you’ll unlock a series of skins for everything, including gear, mounts, and back items. A lot of these you can even earn for free, by reaching certain levels, beating dungeons, or conquering the arena.

So when there are a few that actually cost money, you can’t really fault the game. It’s nice that you get so much for free in the first place.

You get so much for free in Era of Legends

More importantly, you can’t buy your way to power here. Instead, you earn the best gear from completing dungeons – and that’s where the game REALLY comes into its own.

For a start, the autoplay function is completely turned off in dungeons, forcing you to actually play the game. You’ll use skills at the appropriate moments, move out of the way of enemy attacks, and try not to fall too far behind your party.

You can either create your own party out of friends or guild mates, or simply use matchmaking. This system is solid here, as it tries to create a balanced team out of the seven classes.

PvP is the same deal. You can’t autoplay so you really on your skills instead to win – rather than your stats. We’re grateful to finally find a mobile MMORPG that doesn’t just want you to spend silly money to progress.

Ultimately, we’re pretty big fans of Era of Legends. It’s unlikely to dethrone Old School RuneScape as our favourite mobile MMORPG, but it’s easily the best of the autoplaying bunch.

It’s gorgeous visually, isn’t greedy in its freemium design as most IAPs are skins, and it actually rewards skill over spending money to progress.

A new era of autoplay MMORPGs

Era of Legends is easily the best autoplay MMORPG we've played on mobile it. It rewards skill over spending money, looks gorgeous, and actually encourages you to play the game in many circumstances.