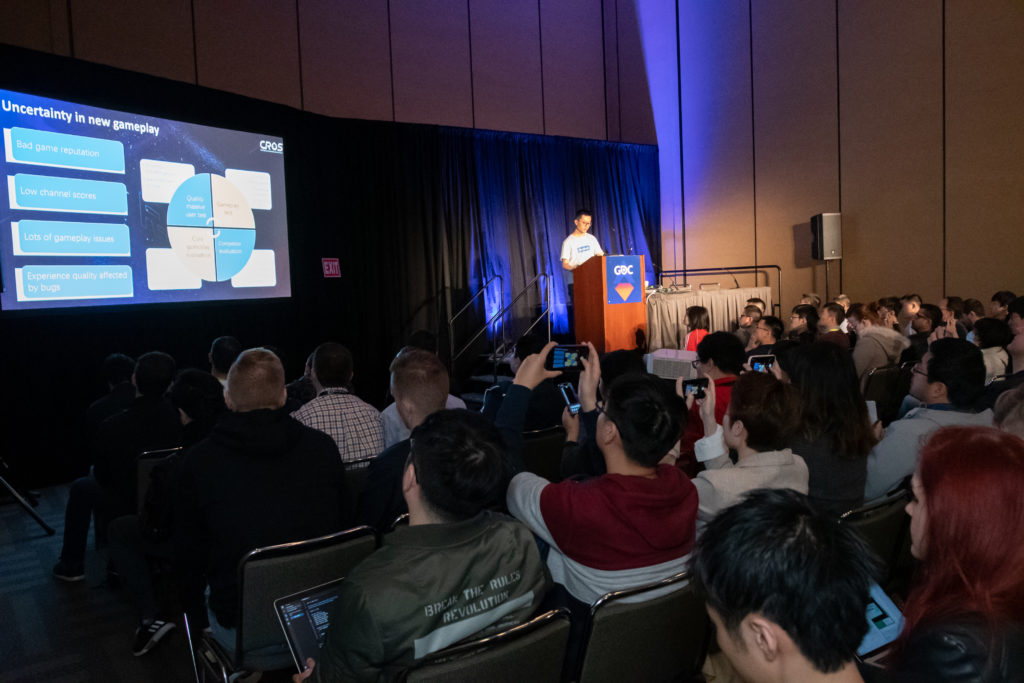 The early days of Google Play and the App Store belonged to the bedroom coders, but things have changed over time. Nowadays, making an actual, respectable, properly fun multiplayer game for mobile is a time-consuming and expensive undertaking. Not only does the game itself have to be enjoyable, but it needs to work on hundreds of different smartphone models running tens of different iOS and Android versions, on top of working seamlessly online without lag, bugs, or pesky cheaters.

The challenge can seem overwhelming, even for an established studio, but thankfully there’s help in the form of CROS, a one-stop support system for developing and operating your mobile game from the gurus at Chinese telecoms giant Tencent. CROS stands for Common R&D Operating System, and it’s made up of four processes: automated testing (WeTest), components (INO), game security (MTP), and esports network quality optimization (G6).

Using cutting edge technologies such as quick video discovery and AI, it can test an enormous spectrum of things from large scale massively multiplayer battles to audio synchronization, screen loading time, and code quality. WeTest seamlessly integrates into your project and supports it from R&D all the way to approval. You can think of it as a support team for your game. A team made of 1s and 0s.

Next is the Intelligent Network Optimisation, or INO. INO uses a variety of clever tricks to prioritize gaming bandwidth including 4G acceleration, routing of public networks, conversion from wifi to 4G, disfluency analysis, network analysis, and so on. When lots of people are trying to use the same network, the base station becomes congested resulting in throttled speeds. INO gets around this by cooperating with operators to acquire base station resources and by detecting player activity so as to ensure that their traffic is always on the optimal network.

MTP is Tencent’s security solution. Players in games like PUBG Mobile use cheats in a variety of ways, from installing aimbots and wallhacks to unfairly using a keyboard and mouse. Around 50% of hacks are specific to a particular game, but around 38% are universal which presents a challenge when trying to root out cheating players. Thankfully, Tencent has found a way – or rather, several ways by making use of the power of machine learning and 20 years of experience in the field. MTP can spot various different dishonorable behaviors and stop them before they spoil anybody’s fun.

Last is G6, a suite of tools designed to simplify game development, improve efficiency, provide various genre frameworks, facilitate network synchronization, debug code, and more. G6 even lets you turn offline games into online ones in the blink of an eye. You may find yourself wondering how you ever lived without it as a developer.

If you’re looking to step into the arena of multiplayer online mobile gaming, but are feeling overwhelmed by the logistical challenges, time requirements, and costs, then we highly suggest considering Tencent’s CROS.