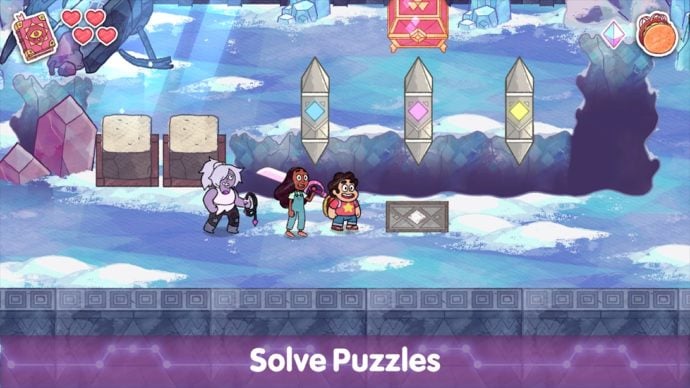 Phantom Fable is a brand new Cartoon Network adventure in which you play as Steven Universe and Connie as they strive to rescue a bunch of Crystal Gems from the pages of an ancient book.

You’ll aim to rescue Garnet, Pearl, and Amethyst, who will join your team and help you solve a bunch of puzzles.

There’s also combat, which takes place in real time. You’ll draw symbols on the screen to unleash a variety of different attacks.

If you like tracking down hidden objects, there’s plenty of fun to be had there too. Onion’s lost his toys and it’s up to you to find all 20 of them.

So head on over to Google Play right now and grab this awesome new Cartoon Network adventure.