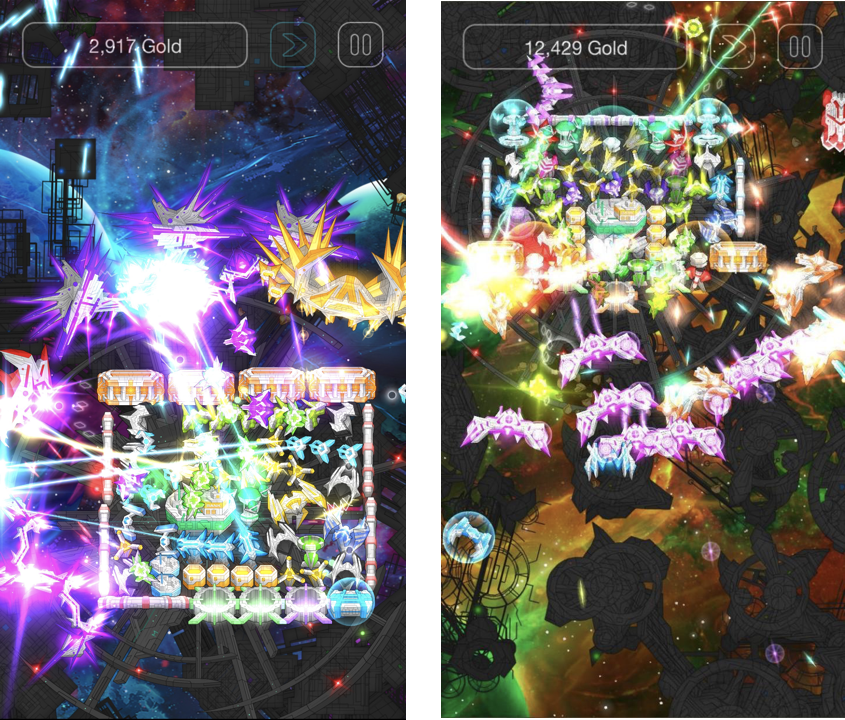 Tower defense is the perfect type of strategy game for mobile. Fast, simple, and ideally suited to touchscreen, the genre has already proven its smartphone worth with hits like Fieldrunners and the Kingdom Rush series.

Which is why it’s odd that there haven’t been many big new tower defense games lately. Nowadays the strategy genre is dominated by games that go big on the city-building and neglect the battlefield tactics.

So Enigmata: Stellar War couldn’t have come soon enough. This tower defense prequel from the acclaimed Enigmata series combines the best bits of several other genres, including bullet-hell and real-time strategy, to awesome effect.

The storyline is basic but effective, matured over three games and several years. You’re playing on the side of Genu, Lyra, and Neko, who are travelling across the galaxy taking on the dastardly Allegiance, headed up by Nikka and Villalobos.

In terms of gameplay, Enigmata: Stellar War starts with a classic tower defense setup. The aim is to place towers in the perfect locations to prevent your enemies from, well, surviving into old age. It’s them or you.

But this game is different from previous tower defense games in a handful of important ways. Firstly, whereas most of the games in the genre give you a network of channels or pathways to defend, Enigmata: Stellar War gives you free rein to place your towers wherever you like. Rather than working around the shape of the battlefield, you get to define it.

You’ll see the benefits of this most obviously in PvP, where you get to pit your wits against human opponents and learn from them. The game’s multiplayer environment is a crucible of struggle and innovation.

The PvE, meanwhile, is an excellent way to gradually master the tools at your command and learn your trade as an intergalactic tactician.

Enigmata: Stellar War comes with 15 levels and more than 25 units, though you can bolster these numbers by paying for an IAP, which gives you three extra levels and more units. Plus, the bonus content comes with the multiplayer SW Battle Arena, so it’s worth having.

We love how Enigmata: Stellar War looks. The graphics are bold, colorful, and detailed yet clear – not an easy feat to pull off. It’s the gameplay that really counts, though, and we’re just as excited about the way the game combines several genres into a single, innovative tower defense package.

You can download the game for free right now on Google Play.