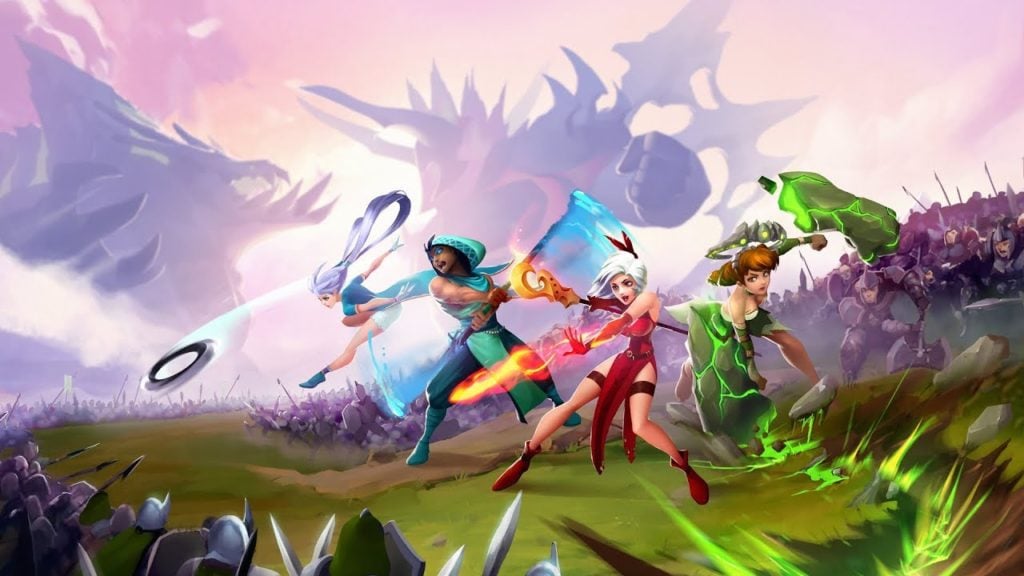 Brave Order is a brand new gacha RPG that takes what makes Auto Chess so unique and glues it onto the tired turn-based gacha RPG combat formula. The result is, as you can possibly expect, very similar to the multitude of other gacha RPGs out there.

You’ll spend most of your time battling through identikit levels, which try and trick you into thinking there’s any real strategy. You’ll place your units and heroes into a formation then send them off into battle against the opposition.

You can see the opposition’s formation as soon as you begin a level, so you can quite easily create a workable formation. It basically consists of placing the mighty tanks ahead of the weaker ranged units. It works every time.

The battle system teases strategy but delivers more of the same

The only other bit of real strategy is using your hero unit’s special abilities. Depending on the hero, this might add a temporary shield, perform a massive AoE attack, or heal your units.

Really, you can just use these as soon as they’re available for all of the difference it makes. This will trigger all other special skills to go into temporary cooldown. It doesn’t last long though, so you’ll be able to use the others in a matter of seconds.

Outside of battle, you’ll perform the same standard gacha hero summons that you do in any other member of this infested genre. You can either earn the currency to do this by grinding or spending cash – guess which one is faster?

Then there’s the variety of upgrades. You can equip them with new gear, level them up using experience potions, and improve their skills. The same can be said for the various units that you unlock. These are groups of weaker soldiers that will boost your defence and offences.

Brave Order isn’t a bad game, it’s just more of the same in a tired genre

Aesthetically, Brave Order is good looking enough, with lots of colour, animations, and things to tap on. It’s nothing particularly unique though, and you’ll instantly think of the myriad of other similar looking games you’ve played on mobile.

Don’t get us wrong – it’s not particularly bad, and if you do like both Auto Chess and gacha RPGs, this combination just might do it for you. Just don’t expect anything unique or different as that will just lead to disappointment.

Brave Order isn't a bad game, it's just more of the same in a genre that's desperate for some type of innovation. Bolting on an Auto Chess-inspired battle system isn't the way forward.