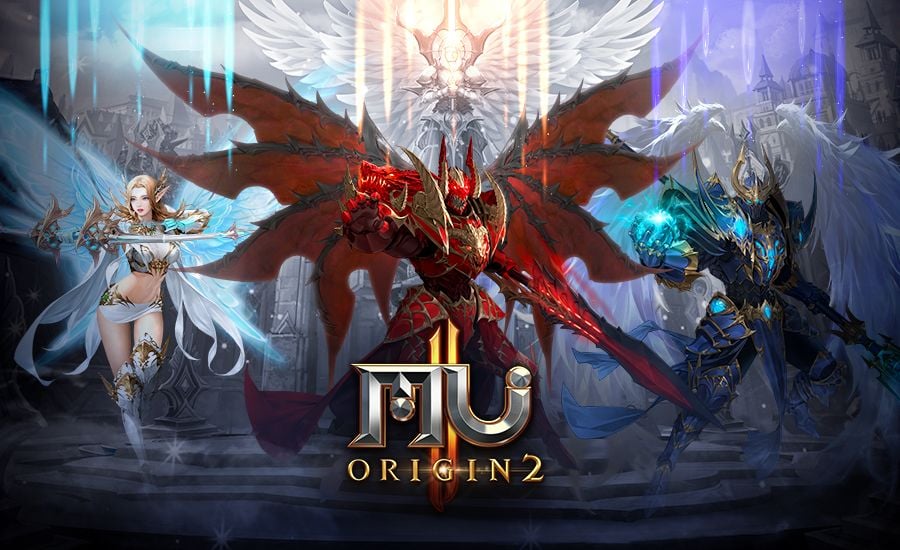 MU Origin is a difficult act to follow. Since launching the game a couple of years ago, developer Webzen has clearly channelled a huge amount of time and energy into its venerable fantasy universe. We’re already up to version 7.0.

MU Origin 2 aims for the smoothest transition possible. It stays pretty close to the gameplay template laid down by its forerunner, and concentrates on making the experience as fluid and painless as possible, for better or worse.

You start by choosing your character type from a streamlined selection of three: Dark Knight, Dark Wizard, and Elf. And then you’re off, getting bossed around by a succession of imperious NPCs who purpose in life is too give you errands.

Accepting a quest sees you automatically striding in that direction, or teleporting to that area. Assuming you have auto-battle enabled, you’ll also start blasting and chopping your enemies when you get there, before automatically returning for your reward.

That model applies to most of the story quests, and many of the non-story quests. Others see you taking on a wide variety of missions, such as dungeon raids, Guild activity, upgrading stuff, and even buying items at the Auction. As ever, the quest system exists partly to teach you how to play the game and introduce you to its various elements.

In keeping with MU Origin 2’s streamlined approach to gameplay, kill quests tend to be ‘stacked’, so that you need to kill ten of one kind of monster, then ten of another, and so on until you’ve killed over a hundred. And you don’t have to touch your phone until the whole quest is over – you can just watch it all happen.

This hands-free slickness applies to some of the housekeeping elements of the game, too. Picking up certain items triggers an on-screen button to appear inviting you to equip it there and then. And when you equip a new item, you can simply transfer the enhancements of a different weapon onto your new one.

MU Origin 2 allows you to be a spectator to a greater extent than most games of this type, but you still need to get involved if you want to get anywhere – particularly once you reach a certain level.

0-100 goes by in a flash. All you need to do is ensure that you level-up your skills and accept the quests that appear on the left of the screen. If you can manage that, you’ll glide through enemies like Captain Marvel through a waxwork museum, accruing items, XP, and levels at a brisk rate as you unlock more and more modes and areas.

At around level 150, however, things start to get a bit trickier. You’ll find you no longer have a bottomless well of Zen to spend on levelling up your skills and making Guild donations. You’ll need to make choices.

You’ll also start to encounter quests that you can’t participate in because you haven’t reached the right level, encouraging you to seek out the most XP-heavy activities.

That could mean taking on the other, non-story quests, but it could also mean using your initiative and visiting the areas and events that you’ve managed to unlock. These include the EXP Dungeon, the Arena, the Guild Battlefield, and so on. Some events are timed, while others are always available.

There are dungeons, too, and plenty of them. You can attack these either solo or in a party, and you can also dip into Daily Dungeons and the Infinite Tower for a bit of variety.

MU Origin 2 has plenty to offer in terms of modes and activities, but if you don’t fancy any of these you can always just wander around, jumping from area to area hunting the beasts that roam there. You can kill sharks in Atlans, yetis in Devias, hook scorpions in Noria, and more.

These monsters look pretty decent, too. MU Origin 2 has solid 3D visuals and some novel creature designs. If only the same level of care had gone into the localization and the recorded voices, which are patchy at best. The text is eye-wateringly small, too.

MU Origin 2 isn’t revolutionary, but it’s a solid sequel. You can download it right now on Google Play.

If you’re a hardcore RPG aficionado you may be put off by the game’s hands-off approach, but if you don’t like to put too much effort into your mobile RPGs you’ll have a blast.