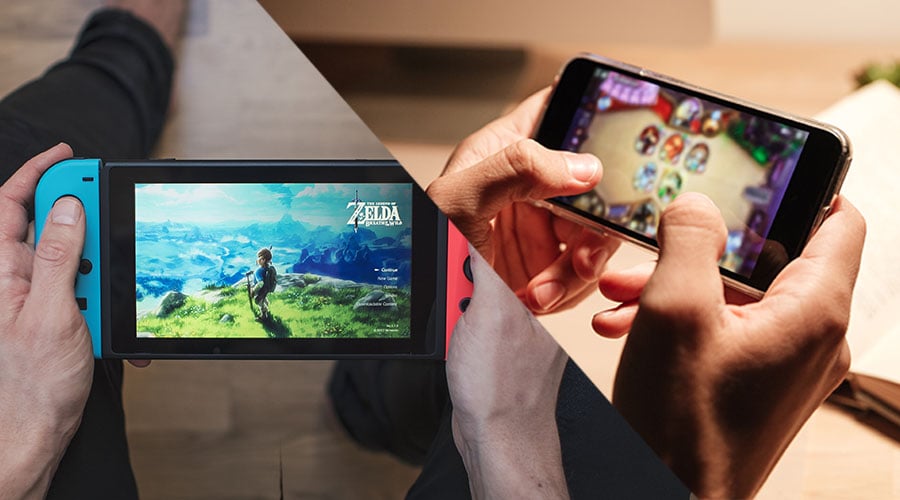 I have always been an advocate for mobile gaming. No other device is pocket sized and can store hundreds of high-quality games ready to play at your fingertips.

Mobile games of the past have all been about entertaining you for around five minutes before you got bored and put it down. Games like Pocket God or Fruit Ninja were challenging to play for hours on end because they felt repetitive and not engaging.

Recently, mobile games have added a far more demanding edge. Whether it’s a PvP battle that lasts five minutes or a Battle Royale which can last over thirty, time spent on our mobile devices has exploded.

Plus, if you have looked at any gaming discussion boards in recent times, then you would hear about Auto-Chess. Auto-Chess is a strategy game where aspects of Battle Royales have been mixed with RPGs and chess. Overall, the experience is enjoyable, but games can go north of the forty-minute mark.

Mobile vs. Console and PC

Now the mobile phone is demanding more and more time to play a game, it’s time to relate that back to gaming in general.

It’s safe to assume that most of us play a console or PC game longer than 40 minutes at a time. But we rarely spend 40 minutes doing one thing, it can happen for sure, but not too often. To have a mobile game that demands 40 minutes (if you want to win) seems crazy when you think about how much you can achieve in forty minutes of anything else.

A couple of years ago, few devices on the market could offer the user 40 minutes of contentious game time without catching fire or dying altogether. Now if you were to buy a shiny new mobile phone, it damn well better last the entire day with no recharges.

Innovation is when you create something that is better in every way than the original. Something like Fifa is best described as iteration because each year only minor things are tweaked or changed.

With the next generation of consoles coming out, can we expect any form of innovation? Yes, the graphics will be better, but surely game sizes will be as well? I already spend over 30 minutes downloading a game and nearly another 30 copying it (PS4 problems).

Another problem I have with most console and PC games is the loading time to get into games. I will admit, there are loading screens on mobile too, but somehow they just feel shorter. Maybe the next generation of consoles will smash loading screens, but I doubt it.

I love gaming of all types, but I mainly spend most of my time on a console. If you would have told me a couple of years ago that I could play PUBG or Fortnite on my phone I would have been surprised, but moaned about the controls.

That is holding mobiles back, the unreliability of the touch screen will limit the progress of the mobile. But, if we can integrate Switch like docking and controllers to our mobile phones, then console gaming does not stand a chance.