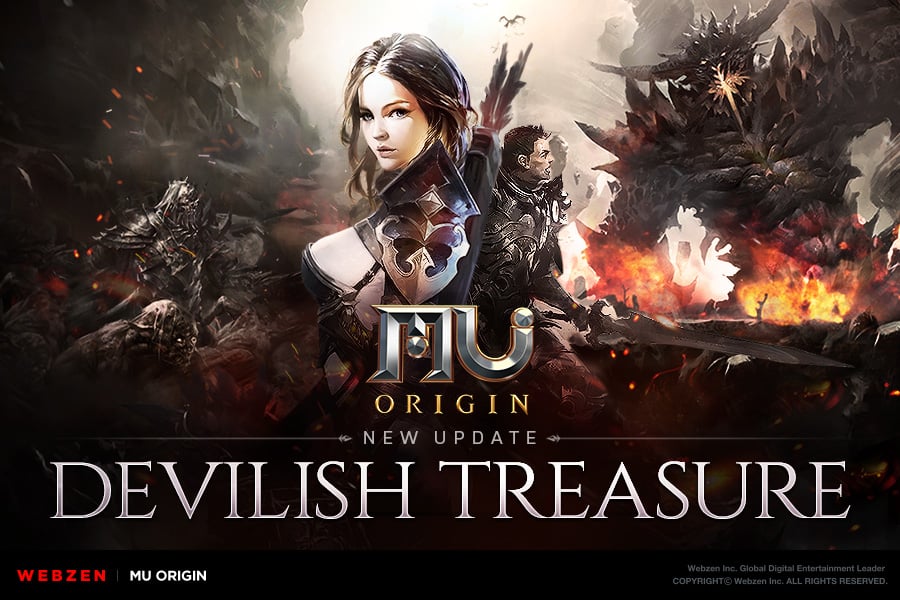 If you were concerned that this would spell the end for MU Origin, fear not. Webzen has followed that launch up with a stonking great update, bringing its original epic mobile MMORPG all the way up to version 9.0.

For those not already au fait with Webzen’s opus, MU Origin sees you embarking on an epic fantasy journey in the guise of a Dark Wizard, a Dark Knight, or an Elf. There’s a massive single player campaign to hack and blast your way through, and all the multiplayer goodies you’d expect from a top tier mobile MMORPG.

That means clan stuff, PvP, PvE, and much more. And all the while you’re levelling up your character and their equipment to create an unstoppable fighting force of fantastical proportions. Or something.

MU Origin has benefited from a succession of enormous updates since it first launched, and this latest is no exception, adding a ton of new content to the already bulging game.

The headline addition is Clan Battle Royale, an all-server PvP event where three clans go head to head every Monday from 21.30 to 22.00. There are rewards on offer, of course, and a whole new gameplay dynamic to master.

Another event, Devilish Treasure, takes place on Tuesdays and Fridays at the same time. This one involves five-round PvP battles based on the Reverse system.

Then there’s Demonic Hallow, which allows you to strengthen your reverse options once you’ve completed the main quest Ancient Legend at Rebirth 10. Specifically, it lets you upgrade Demonic Horn, Demonic Feather, and Demonic Eye, with 20 tiers and 200 Star Grades to work your way through.

We also like the sound of Clan Pets, which join you in battles and can be customized and fed to make them more powerful.

There’s more content, too, and several tweaks, optimizations, and fixes in the MU Origin 9.0 update. MU Origin is available for free on Google Play (and the App Store!).