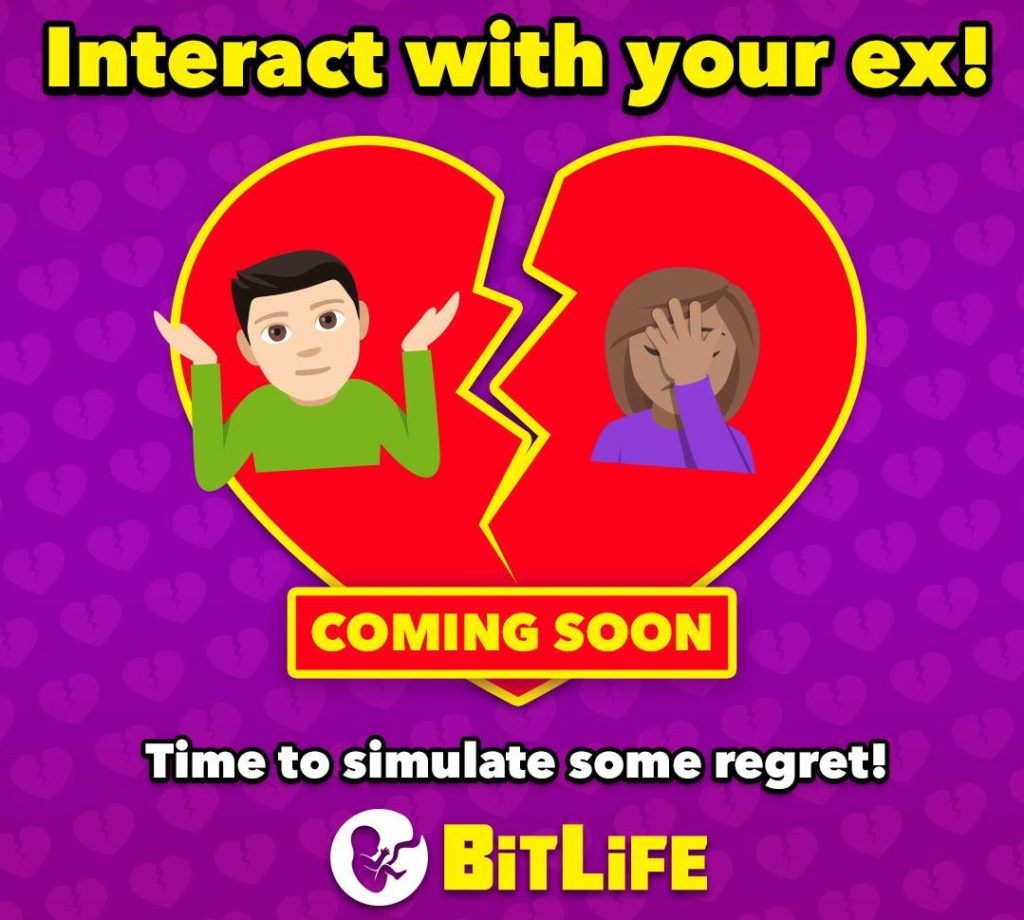 The developers of BitLife worked throughout the weekend to get their latest updates ready for iOS and Android.

Although, a problem with how Google distribute the update to us has caused a big setback. Hopefully, the update can be processed and distributed today as Android users are already far enough behind iOS!

This was an update added to iOS devices around the end of June. This updates allowed its players to keep in contact with their ex-lovers in several ways.

You can now stalk and send gifts to your ex-lovers, and file for restraining orders. The consequences of stalking exes are severe, so be careful you don’t throw your BitLife down the drain.

If you are interested in downloading BitLife, then grab a copy from the Google Play store.