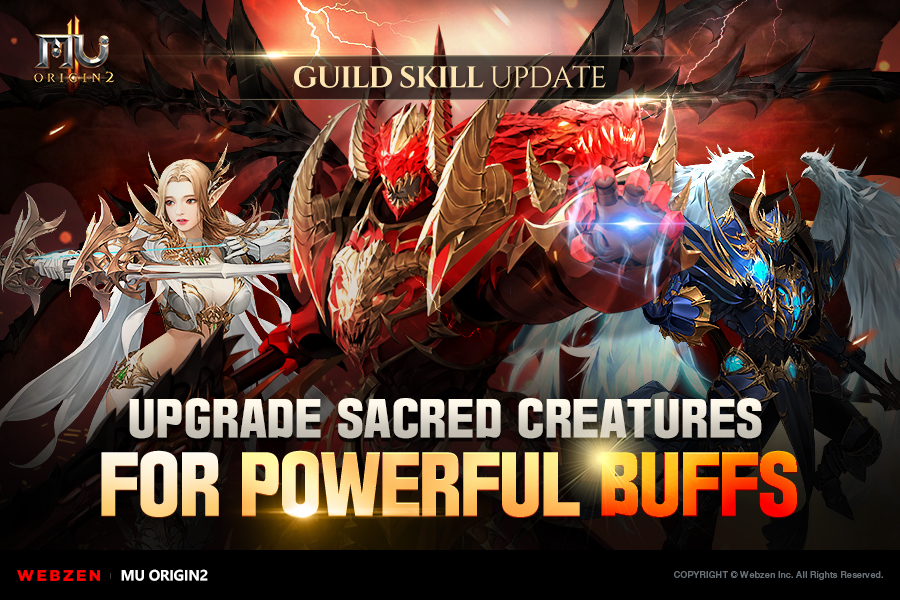 There’s never a quiet moment in the MU Origin universe. Just a few days ago Webzen announced that the original MU Origin had hit version 9.0, and today we learn that the sequel has received an update too.

On the off chance that you’re not already an MU Origin 2 player, it’s a fantasy MMORPG that originated at the dawn of online gaming, all the way back in 2001. It sees you venturing out into a sprawling fantasy world as a Dark Wizard, an Elf, or a Dark Knight.

The gameworld is vast. So vast, in fact, that you get a mount to ride around on. And it’s so dangerous that you get a pet to fight alongside you in battle. The game has got PvE, PvP, an epic story, dungeons, and much more.

The 1.3 update tips a few more fantasy bits and bobs into the toybox, adding new features such as Guild Sacred Creature. This allows guilds to unlock creatures which in turn impart buffs on all members of that guild.

It doles out skills, too, and you get to keep them even if you leave the guild. If you want to upgrade your creature skills, however, you’ll need to rejoin that guild or find another with the same Sacred Creature.

The update also adds a couple of new maps to the game. You can access the first of them, La Cleon, from [Master I] level 1, and inside you’ll find a new elite boss: Cerupan. The other new map is called Swamp of Peace, which becomes available at [Master II] level 1. In here you’ll meet Captain Kraken.

At the friendlier end of the spectrum are the new pets. Well, we say friendly, but one of them is called Shadow of Utter Darkness, which doesn’t inspire companionship. That one is joined by Eagle Fairy, who sounds much nicer.

There’s a lot more in the update, but we’ve run out of space. To check it out, download MU Origin 2 on Google Play right now.