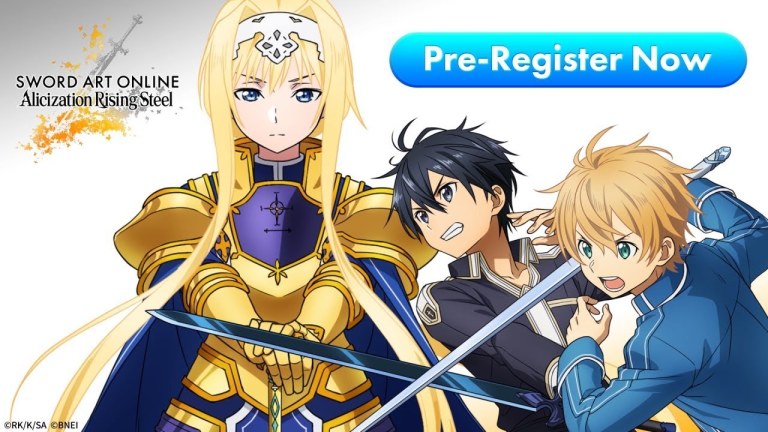 Bandai Namco is gearing up to release yet another Sword Art Online game on mobile, this time with the ridiculous subtitle Alicization Rising Steel. Whatever that means.

It was announced for a Japanese launch earlier this month, but Bandai Namco has announced that it’s actually going global.

You can pre-register right now on the official Facebook page, but it hasn’t appeared on Google Play yet. We’ll let you know as soon as it does.

You can also get a taste of the game in action by checking out the teaser trailer Bandai Namco has released.

It seems to showcase a bunch of battle animations, which look incredibly slick. We’re also super impressed by the visuals.

We’re not sure when Sword Art Online: Alicization Rising will launch but we’ll let you know as soon as we find out. In the meantime, you can check out the official site for more information.