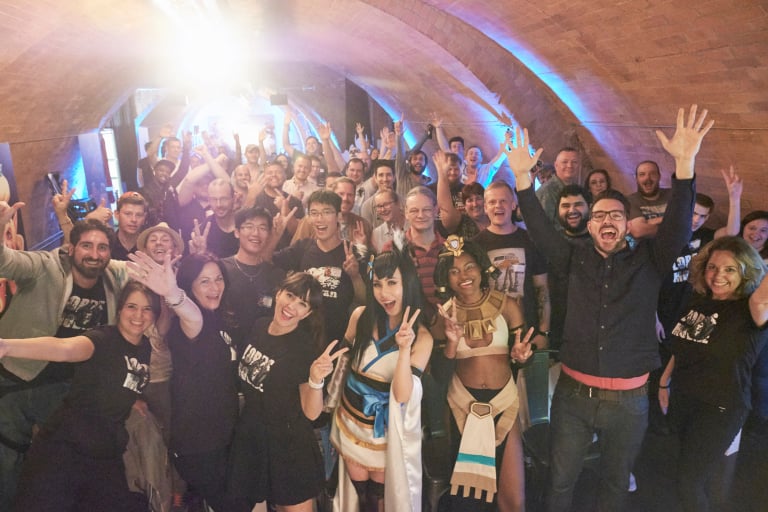 Lords Mobile is three years old. That’s three years at the top of the ultra competitive mobile MMORPG charts, during which time the game has been downloaded a staggering 280 million times.

To celebrate these twin milestones, developer IGG decided earlier this year to throw a party. Or more accurately, a series of parties, at locations all around the globe, where players can get together and bask in their mutual love of all things Lords Mobile.

Taking place in cities as geographically diverse as Barcelona, Berlin, Taipei, Tokyo, LA, Paris, and Rome, these wildly successful events have given legions of fans the opportunity to meet the game’s developers, swap war stories with fellow players, and win cool loot such as figurines, gift cards, and high tech gadgets from Razer.

The latest city to join this globetrotting itinerary is London, where IGG held the last Lords Fest last weekend at the trendy Kachette in Shoreditch. As you’d expect, the event involved fans, prizes, and lots of Lords Mobile chat.

In addition, there was some imaginative entertainment in the form of Storm Fox and Twilight Priestess, two popular Lords Mobile characters brought to life by famous cosplayers @Pixie_Late and @Kizuki_Cosplay.

Hosting duties, meanwhile, were carried out by inimitable YouTuber WorthPrince and Daniel Maher, who you probably know from Xbox Live and Videogame Nation.

There was food, drink, and a healthy amount of mingling as fans shared their tips and strategies, met their in-game friends (and enemies), and ate lots of free food.

IGG European marketing manager Gina Tost said, “We are so glad to share the game’s success with hundreds of our players around the world, and it’s really exciting to meet the player community in London. We want to reward all the passion that our players give us by giving them a memorable and fun evening to celebrate our birthday”.

For the uninitiated, Lords Mobile is a fantasy MMORPG with awesome visuals and a huge, highly active community of players. While it made its name on mobile, the game is now available on PC too.