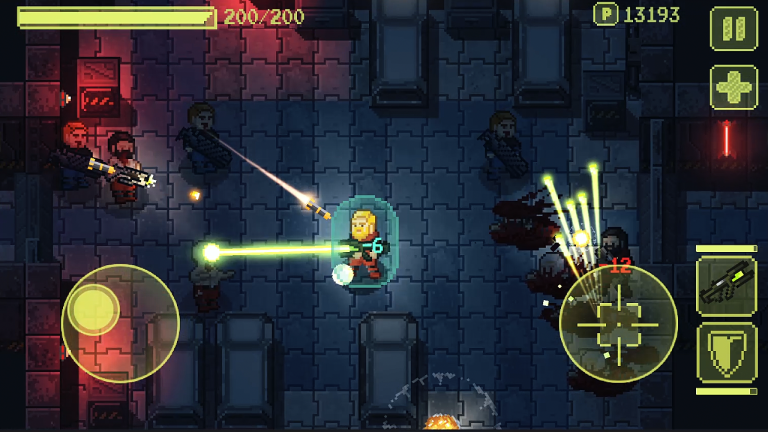 If you Google “top movie taglines”, the same quote will appear at or near the top of every list: In space, no one can hear you scream.

This immortal line resonates not only because it’s scientifically accurate, but because it taps into a primal fear that all of us share, of being vulnerable and alone. Or worse, vulnerable and surrounded by murderous space zombies.

Developer Beardy Bird managed to exploit the drama and terror of space to excellent effect when it released pixel-art shooter Ailment earlier this year.

But Beardy Bird has clearly decided to take some of the isolation out of the equation with its latest update, which adds multiplayer.

Ailment now lets you play against other people as well as enemies forces – so at least one other person will be able to hear you scream from now on.

Mysteries of the cosmos

Ailment’s grisly plotline has echoes of Alien and other sci-fi classics. You play as a spaceship crew member who wakes up from a three-day coma to discover that his crewmates have gone feral.

The last thing he remembers is returning from another ship where he was taking part in a rescue mission. Alas, that mission was a failure, since the other ship’s crew were all dead.

What happened? That’s for you to find out as you explore the dark, moody rooms and corridors of your stricken ship and blast your former crewmates to smithereens with a variety of futuristic space guns.

Ailment is a great little game, with a charming pixelart look, slick arcade gameplay, and an engaging story. And now you can share all that good stuff with a friend.

Download Ailment for free right now on Google Play (and the App Store!).