Tencent Maps out the Future of Chinese Gaming at TGDC 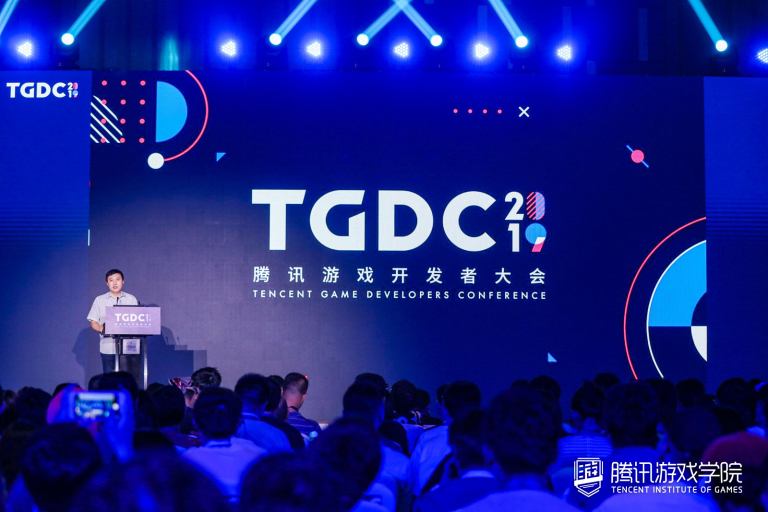 If you’re in any way involved with, or interested in, the games industry you’ve no doubt heard of GDC San Francisco – the biggest developers’ conference in the world.

But over in China there’s other equally exciting GDC. TGDC is Chinese supergiant Tencent’s very own game developers’ conference. Hosted annually by the Tencent Institute of Games, it sees developers and other industry figures coming together to share their findings and cooperate on new commercial, technical, and creative developments.

And there was plenty to discuss at the most recent TGDC, which took place in China on September 24th.

China in your hand

One of the main headlines is that the Chinese games industry is in rude health, with year-on-year user growth of 5.1% as of June 2019. That’s 554 million people downloading and playing games.

Revenue has grown by an even more impressive proportion, increasing 10.8% over the last year to $16.3 billion. That’s against the backdrop of a growing global game market which is forecast to reach $152.1 billion this year.

Among the hot topics being discussed at TGDC was China’s marketing policy and how it relates to overseas markets. With the arrival of 5G in China and the exponential growth of gaming as a medium, developers are turning their attention to the future of the form.

That means building and investing in great IPs, integrating cultural content, and ultimately cementing the status of games as the “ninth art”.

In terms of global expansion, Chinese developers recognize that they’re facing stiff competition from studios like Ubisoft, triggering an acceleration in R&D towards bigger, better games that can stand out on the global stage.

5G was obviously a huge topic at the event. This lightning fast communication network is set to revolutionize online gaming, which will in turn create opportunities and challenges for Chinese developers.

Once 5G is rolled out, traffic costs will plummet and user numbers will soar. How will developers cope with this influx, creating unique experiences for growing numbers of players? Stay tuned to find out.

One of Tencent’s core strategies for dealing with the challenging months and years ahead has been to cooperate with 19 major universities around the world, including heavy hitters like MIT, the University of Southern California, and Shanghai Jiao Tong University.

These partnerships are intended to facilitate the free flow of ideas to further the commercial and artistic progress of game science in China and abroad.

Finally, there were some illuminating talks. Thomas Vu, head of UIP development for League of Legends, had some interesting insights to share on the company’s long term strategy for its popular MOBA.

In essence, it’s about taking a game and spinning it into a whole universe. Creating new elements and upgrading the existing ones has helped to prolong the life cycle of League of Legends, steadily stitching it into the culture with a fan-centred approach.

“Only in the heart of fans do heroes and stories survive,” Thomas Vu said.

TGDC is over for this year but you can read all about it and follow the adventures of the Tencent Institute of Games on its official site.