Slaughter 3: The Rebels is the Last in the Gruesome Shooter Trilogy 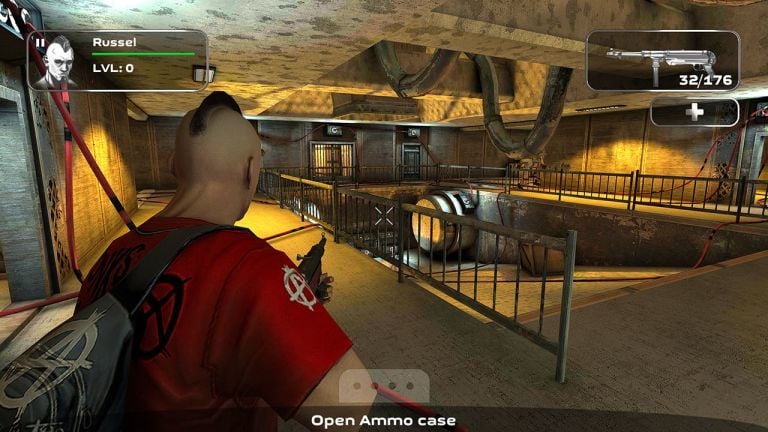 Slaughter 3: The Rebels is the final game in the Slaughter trilogy, and developer Ray Sparks has saved his best tricks for last.

The action takes place in a prison complex. The world’s most fearsome criminals are locked up in this giant institution, with murderers, thieves, thugs, and other lowlifes teeming and swarming all over each other like brutal insects.

And they’re cross. Very cross. They want to escape and wreak havoc, putting their hard-earned criminal skills to good use in the free world.

Unfortunately, this is exactly what has come to pass. The inmates have liberated themselves with extreme force, slaughtering the prison personnel and chasing the surrounding villagers into the woods.

It’s up to you to sort them all out. Your partner, who breached the complex before you, has gone missing, leaving you with the responsibility not only of finding him, but of putting every last escaped inmate to death in the most brutal way possible.

To accomplish this noble task you’ll need to find and equip the best weapons and use them to shoot the convicts on sight. If they get too close, your trigger button becomes a stab button, and you take your foes down with a knife.

You’ll also need to recruit helpers, in the form of other badasses that you meet along the way. Once you’ve assembled a team you can equip them with weapons and tell them what to do, introducing a tactical element to an otherwise resolutely shooty game.

Slaughter 3: The Rebels is a great-looking shooter, with high resolution 3D graphics and an eerie rustbucket prison vibe.

There’s a story mode, which is where you get to progress through the campaign killing prisoners and recruiting buddies. This mode is packed with well-drawn characters, dark humor, and engaging dialogue.

But there are also Arena and Free modes, where you can just around shooting people without the constraints of story to worry about.