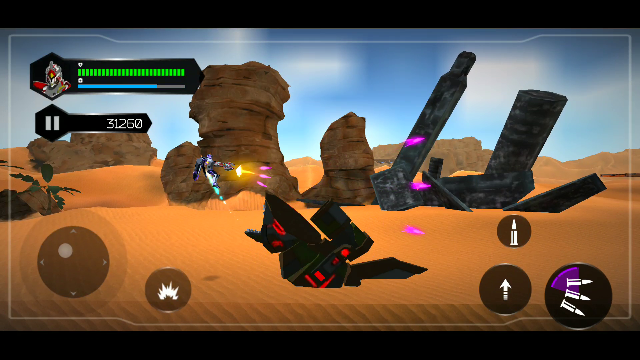 Star Titan is an upcoming side-scrolling shooter like Contra but with a sci-fi twist. It launches on Android on November 14.

It was built from the ground up for mobile, so you can expect the touchscreen controls to be tight, and it draws inspiration from anime.

Star Titan Places You in the Boots of Powerful Mechs

You play as mechs, and there are two to choose from at launch. That includes the pacey Phoenix and the tanky Behemoth.

As you beat levels you’ll earn credits, which you can spend on upgrades for your mech. You can boost health, damage, and more.

You can also unlock new costumes for your mechs and new guns as you beat each level. We’ll let you know as soon as Star Titan is available on Google Play, when it launches as a premium app.