Squirrel Girl is Now Available in Marvel Contest of Champions 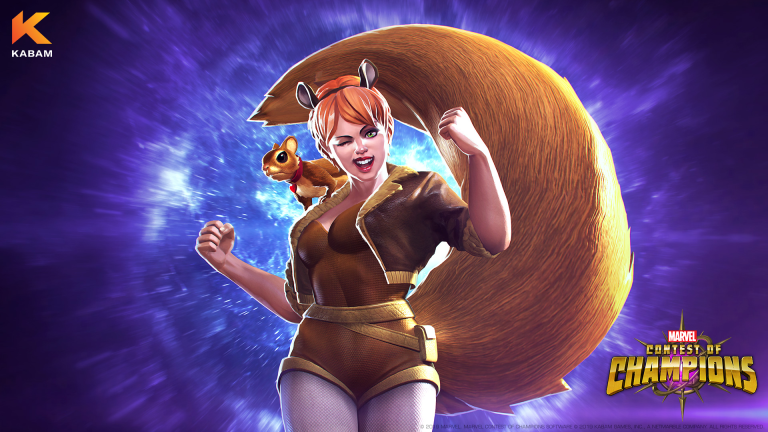 Just when you thought you had everything you wanted in life, Kabam goes and chucks Squirrel Girl into Marvel Contest of Champions.

We really don’t know how we ever felt complete without it. Doreen Green, Squirrel Girl herself, is now a character you can recruit in this Tekken-style fighter.

Marvel Contest of Champions Gets Desperate and Adds Squirrel Girl

Her inclusion kicks off a brand new event, in which Richard Rider (Nova) wants to hunt down the Skrulls, but Squirrel Girl wants to find a peaceful outcome.

You’ll play as Squirrel Girl and battle for Acorns. You can then spend these Acorns in the Squirrel Store to grab rank up materials, crystals, shards, and more. I never thought I’d write a sentence like that in my life.

There’s also other events like Road to a Million Acorns, which challenges you to collect that many Acorns, and the Alliance Wars: Season 15. But I’m honestly done – I don’t want to read any more.

So go ahead and grab Marvel Contest of Champions right now on Google Play and live the dream by playing as Squirrel Girl. We’re just going to go into this corner over here and weep quietly about the future of the human race.