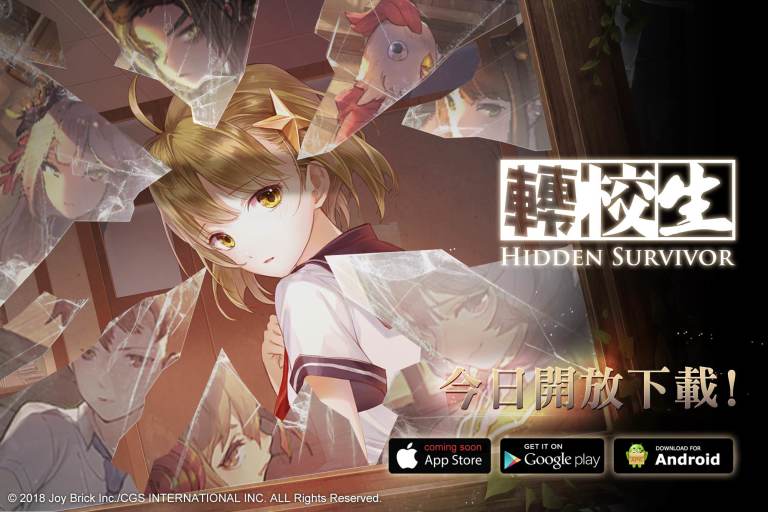 Hidden Survivor challenges you to build your own sanctuary in a dangerous anime world, and you can check it out right now on Android. You’ll participate in two different modes, Scavenge and Explore, which both provide you with the necessary resources to survive.

Here’s how it works: you play as an anime survivor who heads out to explore environments. Once you’ve explored you can then go scavenging.

You’ll pick up valuable resources and meet fellow survivors. Resources are vital, as you need to keep your three parameters topped up, which include Fullness, Moisture, and Spirit.

You can collect food and beverages, which will top up your Fullness and Moisture respectively. However, to make life easier for yourself you can scavenge resources that allow you to upgrade your sanctuary, producing your own food and beverages over time.

That will become necessary the more survivors you recruit. As we mentioned earlier, you’ll meet other survivors while exploring the world, and you’ll need to monitor their own parameters too, which will cost even more resources.

If any of the three parameters drops to zero, that survivor will perish. If all survivors perish, it’s game over, so you’ll have to keep them all in top shape if you want to progress. If you do end up dying, it’s not the end of the world though, as you’ll keep all of your sanctuary’s upgrades on your next character.

The other mode, Explore, is a real-time multiplayer deathmatch mode that plays like a small-scale battle royale. You and a bunch of other survivors will duke it out for points within three minutes. Each of you starts as a random object, and will randomly scavenge objects depending on the item you start as.

You can change item at any point by touching another one, but your real goal is to seek a Reset Potion. This allows you to battle other survivors for 40 seconds, earning mega points. Survivors appear on the minimap while you’re able to battle them, so you can chase them down.

Over the course of the three minutes, various different sections of the map will become dangerous to remain in – much like in a classic battle royale. If you don’t leave the area, you’ll take damage over time and get knocked out. Knocked out players have to wait five seconds to respawn. You’ll want to follow the Tactics requirements to get the best score too.

And that pretty much sums up Hidden Survivor. If it sounds like fun to you, why not head on over to Google Play (or the App Store) right now and download it.