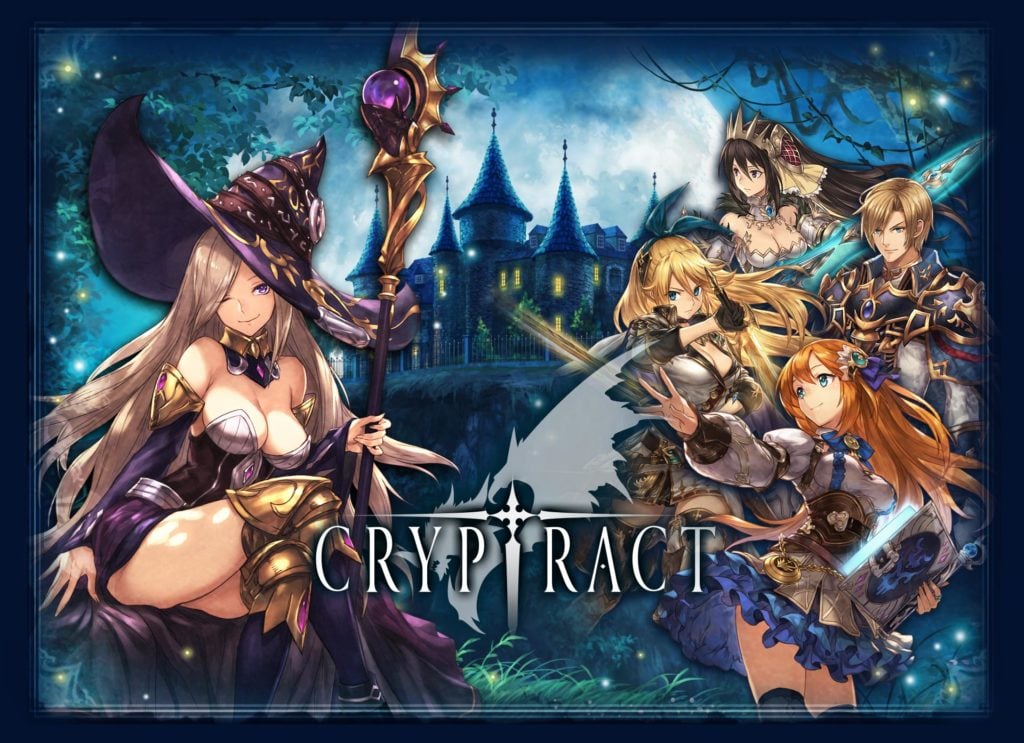 Cryptract is a looming presence in the world of mobile gacha games, even though there’s a good chance you’ve never heard of it. That’s because for the last four years and change Cryptract has only been available in Japan, its native territory.

Now, at long last, gamers in the West can get their hands on this hugely successful SRPG. But is it worth the wait?

In a word, yes. In two words, mostly yes.

While the game’s basic mechanics fail to inject anything new into the genre, Cryptract is a solid, well-balanced gacha game with a uniquely powerful emphasis on storytelling. Plus, its English localization is outstanding.

The story sees you going up against a mystical beast, which has invaded the kingdom that you’re responsible for, and wreaked havoc along with its many beastly minions.

In practical terms, your response is to get involved in a huge, huge number of quests. There’s a campaign, a plethora of side missions, tower quests, beast battles, and more.

While the campaign missions take you on an epic, densely narrated journey towards salvation, the side missions add depth to the universe by exploring the stories of the blameless civilians in your kingdom.

Whatever heading it comes under, each battle plays out pretty much the same: a turn-based fight across three rounds.

You can take a party of up to four into a battle, plus a friend for support, borrowed from another player’s roster. Each of these units has a basic attack and a skill attack, which recharges over time but does a lot of damage when it’s available. Skills can also be defensive, healing a unit’s team mates, or geared towards discovery.

While this gives you a lot of potential moves in combat, particularly since you can choose the targets of your attacks, you’ll probably end up tapping the auto button. Your real input isn’t on the battlefield, but in the war room.

Units have a number of different qualities, including level, star rating, and – most crucially of all in terms of strategy – their attributes. These are basically elemental affinities, such as wood, fire, and water, and they work in a rock-paper-scissors fashion on each other. Water kills fire, fire kills wood, and so on.

Cryptract gives you ten party slots, and you need to fill these with teams of units exhibiting a range of different attributes, so that you’ve got a squad ready for every kind of enemy encounter.

Building your army, meanwhile, involves gacha summoning. By spending orbs or Kizuna points (which you earn as rewards for completing missions and various other things) you can summon a random unit. There are crystals, too, allowing you to summon rare units. While you can guarantee a unit between three and five stars for certain summons, for the most part it’s a lottery.

You also hoover up units by completing missions, but these are normally junk – perfect fodder to be fused with base characters to increase the skill level of your existing units.

In all of these respects, Cryptract is a straight-down-the-line sort of gacha SRPG. There’s a lot more to it than we’ve been able to cover, including a guild system (called Unions), unit evolutions, and so on, but at its core it’s a pretty familiar experience.

To find the innovation you need to stand back and admire the story. Instead of fancy high-end 3D graphics, Cryptract has simple storybook presentation and reams of evocative text to read, pretty much all of it localized to a very high standard.

This gives your campaign a real sense of impetus, and lends the cookie cutter battles a kind of depth that they wouldn’t have otherwise. The same goes for the side missions, which add further depth to Cryptract’s gameworld.

It’s ultimately in the story department where Cryptract really excels. The old “hero hunts beast” trope may not be new, but high quality writing in free-to-play gacha games is a real rarity.

Check out Cryptract on Google Play and the App Store for free. Just click here.

While it won’t win any innovation awards as far as gameplay is concerned, Cryptract is a well-made SRPG with a fair free-to-play system that allows you to cruise along without having to empty your pockets.