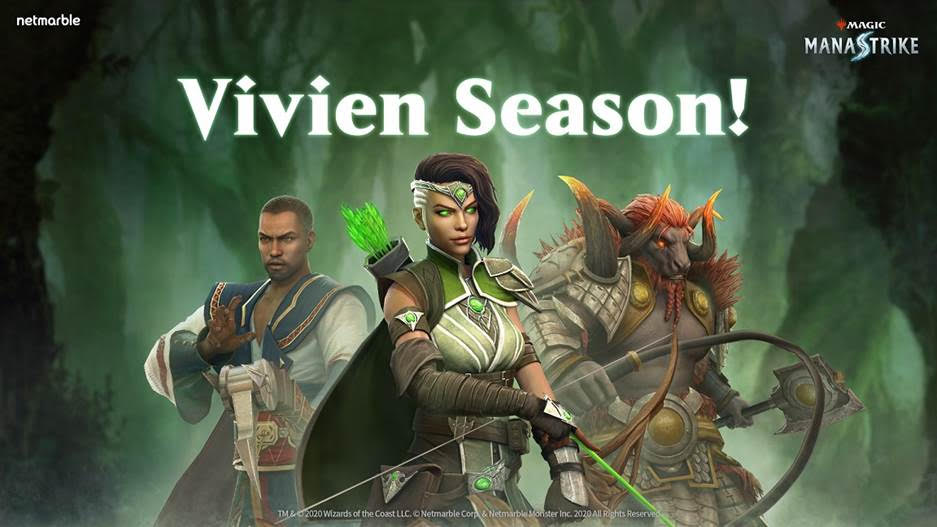 Netmarble’s Magic: ManaStrike – an accessible strategy PvP spin-off of Wizards of the Coast’s juggernaut, Magic: The Gathering – has just been updated with two new Planeswalkers as it enters its latest Magic Pass.

The new characters are Vivien Reid, a green ranger who conjures the spirits of fierce creatures with her bow, and Teferi, a white/blue mage from Dominaria who wields time magic.

Vivien Gets a Season

The latest Magic Pass, meanwhile, is called Vivien Season. This comes in free and premium forms, with the premium one offering additional Planeswalkers, Battle Rewards, and more. The new season will run until April 22nd.