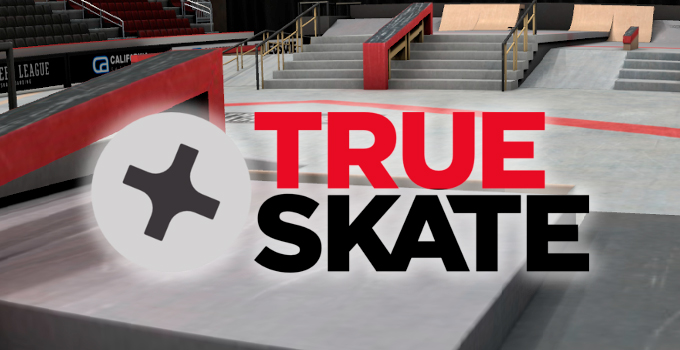 Like its predecessor Jet Car Stunts, True Skate is a challenging skill game underpinned by a robust physics engine.

The gameplay sees you pulling off tricks at a skate park, with two fingers acting as the two feet that you would be planting on a real skateboard if you were fitter and had better coordination.

While the initial download is free, you can pay for additional skate parks. It’s also possible to pay for missions, board image changes, and more, but you can also unlock those with True Credits if you’re happy to grind (in both senses).