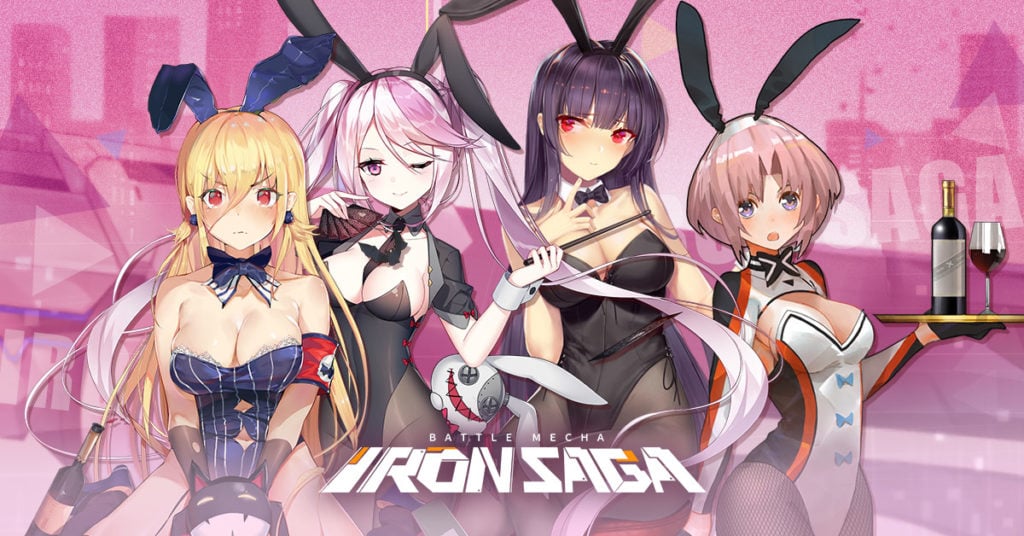 “The world was once engulfed in a sea of flames.” As opening sentences go, they don’t get much more dramatic than that.

Iron Saga, from developer Gameduchy, is all about scale and spectacle. For instance, how did this world-conquering ocean of fire come about? Courtesy of 12 gigantic mecha called the Grand Gods, of course.

And what kickstarted events of the game, which takes place centuries later? Battle Mechs returned, triggering a desperate arms race, rife with shadowy conspiracies and bloody battles, as mercenaries, bounty hunters, armies, and other terrifying forces all attempted to seize control of this world-destroying technology.

The stage is set for some epic action, and Iron Saga delivers. There are over 500 mecha in the game, and 100 pilots with their own distinctive skills and skins. That means more than 100,000 possible mecha-pilot combinations, each of them unique.

Unlike most mobile MMORPGs, Iron Saga is a skill game, with a unique real time battle system. Rather than sitting back and watching the action unfold you can get right into the thick of it, dodging attacks, placing shots, and more.

And once you’re done with the campaign there’s a wealth of modes to get stuck into, including Combat Simulation, Arena, Corps Conflict, Card Games, Amazing Race, and Rocket Pack.

Gameduchy has announced a collaboration event between Iron Saga and Dangaioh, the classic ‘80s anime series that aired first in Japan before transferring to Western TV screens. If you’re familiar with the show, you’ll know that it’s a perfect match, since Dangaioh has its own mech-based mythology, awesome designs, and cast of colorful anime characters.

Here’s the background: a Dangaioh mech with no pilot has soared from the outer universe into the world of Iron Saga. Structurally distinct from Iron Saga mechs, this mysterious machine is controlled with mind power, like a deadly psychic drone.

Cue an epic event consisting of four different stages, starting on April 2nd. Participating in these stages nets you items, fragments, and a themed mech, as well as bio-metal to exchange for Dangaioh shards at the event store.

If you can scrape 30 shards together, you’ll unlock your very own Dangaioh mech.

Players who logged in between the 2nd and the 9th of April participated in the seven-day login event, earning bonus rewards. The Event Bonus Chests stage, which is live till the 16th, lets players enjoy bonus chests, loot gift boxes, stamina potions, jamming devices, primal energy cores, and more.

Completing all four stages of the event, meanwhile, gives players more bio-metal, along with a fabulous array of items and fragments.

Also included in the latest event update are Bunny Girls Skins, while the next update will bring a whole new feature called Retrofit. This allows you to consume a certain amount of stamina to claim missions, collect items to obtain Research Points, and use these Research Points, along with other items, to retrofit a mecha.

There’s going to be a side quest, too – a new chapter featuring the popular pilot Teresa, and her mecha Deer Stalker. Chapter 31 and Challenge Chapter 31 will also be added. Plus, the Stage II battle pass will let you complete quests and challenges for massive rewards.

Later, on the 30th, there’s going to be a Great Sandsea Event, starring the mecha Jormungand.

So it’s an action-packed month in the world of Iron Saga – which, let’s be honest, was already pretty action-packed to begin with. If you haven’t been playing the game lately you’ve already missed the first stage of the Dangaioh event, but there’s still time to bag yourself a ton of rewards and a sweet new mecha.