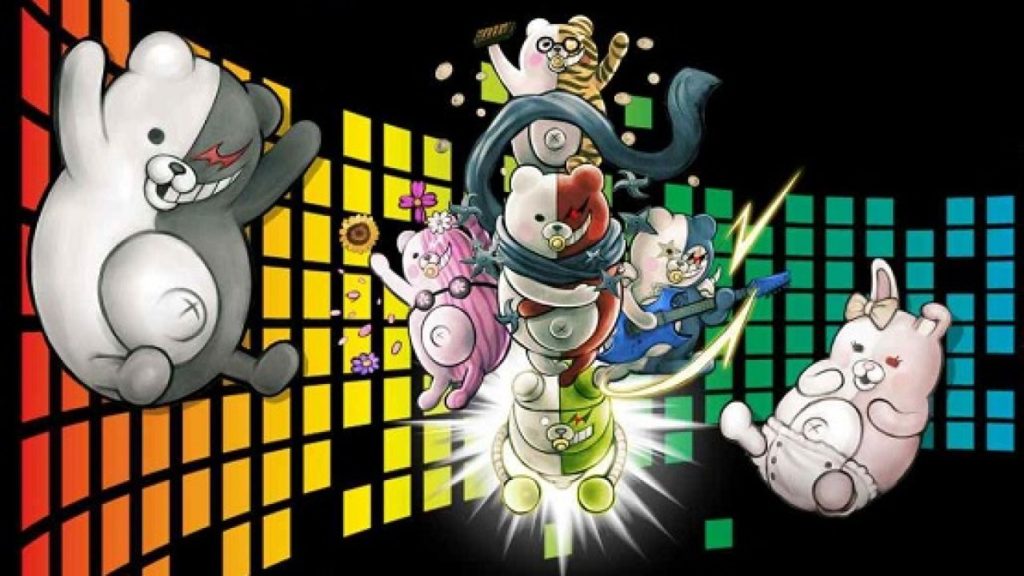 Danganronpa is an adventure game franchise with a distinctive visual style and innovative puzzles. It sees you rescuing students from a kidnapper, who is also a bear, visiting Jabberwock Island, and generally chilling out/witnessing awful slayings in a “cyber-cool” environment.

Currently available on PS4, the Danganronpa Trilogy is widely acclaimed, and aimed at an adult audience with an appetite for challenging puzzles and brutal murder.

The mobile version will feature “Anniversary Editions” of the three games, with optimised touchscreen controls, a brand new user interface, and galleries for perusing in-game art.

Danganronpa Trilogy will be along at some point in the future, which is another way of saying that we’ve got no idea when it’s going to be out.