Mr. Pumpkin 2: Walls of Kowloon is Machinarium-Esque Adventure, Out Now on Mobile 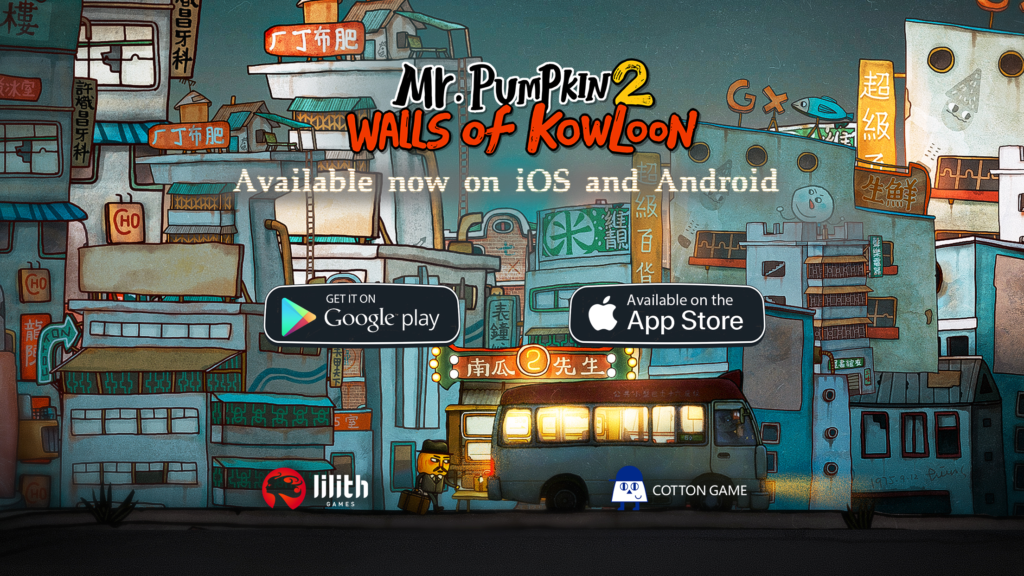 Mr. Pumpkin 2: Walls of Kowloon has the best setting of all time.

This eagerly anticipated sequel takes place in Kowloon Walled City, an ancient settlement that stood until the ‘90s, when it was torn down to make way for a park.

Why was Kowloon Walled City torn down? Because it was a squalid, unsanitary, lawless, overpopulated slum where criminals operated freely, electrical wires dangled perilously, and dentists were self-taught.

You can’t go there in real life, but you can visit in the guise of Mr. Pumpkin, a highly stylised, paper-thin character who we first met in 2017’s acclaimed Mr. Pumpkin Adventure.

Mr. Pumpkin 2 is a point-and-click adventure game with shades of Machinarium. The bulk of the gameplay sees you meeting the game’s cast of colorful characters and helping them out so that they’ll help you out in return, or at least get out of your way. There are self-contained, Professor Layton-esque puzzles to solve, too.

You’ll explore Lilith Games’s take on the infamous downtown slum – which was once the most densely populated places on Earth – by going from screen to gorgeous, hand-drawn screen untangling the knot of obstacles frustrating your escape.

In the process you’ll meet dozens of characters, some of them desperate, some of them grumpy, and some of them perfectly lovely. Mr. Pumpkin 2 paints a picture of Kowloon Walled City that’s both bleak and affectionate.

It’s stylish, too, with a distinctive hand-drawn art style and an aesthetic that’s inspired by Asian movies of the ‘80s, so expect soaring electric guitar licks and flickering neon.

Mr. Pumpkin 2, which is already out on PC, is a solid point-and-click adventure game with a genuinely compelling setting, complete with snippets of text educating you on the history of its extraordinary environment.

Lilith Games have published several indie titles such as Abi and Isoland 2 – and are always looking to support the indie scene.

You can download it right now on Google Play and the App Store for $1.99.