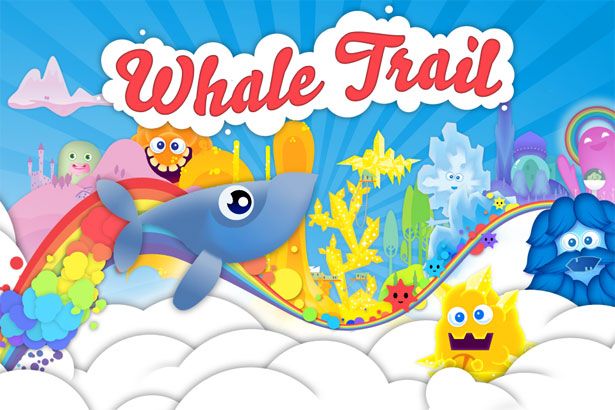 As the world slowly wakes from its COVID slumber, the mobile games market is still oddly subdued. Once again there have been relatively few significant releases this week, although the games that have hit the Google Play Store are pretty solid.

There are some great games on sale, too, including the oft-ignored casual gem Whale Trail Classic, and the exuberant roguelike shooter Black Paradox. Read on to find out more.

Rumble Hockey is the follow-up to Rumble Stars Soccer, and by all accounts it’s pretty much the same game, but with sticks instead of feet. That means casual PvP sporting action starring a cast of cartoon animals. If you liked the last one, you’ll probably like this one.

Astalo is the latest game from Pako developer Tree Men Games. Like Pako, it has clean, slick, isometric graphics and simple gameplay. This time around the aim is to kill monsters on a series of pillars ranged across a variety of environments.

Danganronpa: Trigger Happy Havoc Anniversary Edition is a mobile port of a ten-year old game. It’s a visual novel adventure game, and it follows the travails of some high school students who’ve been taken hostage. Much insanity ensues.

Vikings II is the sequel to Vikings: An Archer’s Journey. But whereas that game saw you running from left to right, this one sees you running from bottom to top, like a spaceship in a bullet-hell shooter.

Red Dot: Front Line is an ambitious multiplayer first-person shooter in which you collect and upgrade weapons, customize your loadout, and, of course, kill people. It’s launching with a special Growth Support event, to get you started.

Whale Trail Classic was ustwo’s biggest game before Monument Valley took the world by storm. It sees you piloting a happy, bouncy, flying whale to the accompaniment of an original track by Super Furry Animals singer Gruff Rhys. Get it for $1.99.

This is the Police and Titan Quest

For the second time in the last couple of months, both This is the Police ($1.99) and Titan Quest ($2.99) are going cheap. That’s a God of War-esque action game set in a Greek mythological universe and a slick tactical action game set in a corruption-infested city for mere pennies.

Kensho is a matching puzzler with ambitious metaphysical themes involving time, nature, and space. The gameplay is solid, but the presentation is outstanding. Get it for 99c.

Black Paradox is a slick, colorful pixel-art shooter with roguelike elements. It features a huge number of weapons, enemy types, and power-ups, but its crowning glory may well be its glorious synthwave sountrack. Get it for $2.99.

Rima: The Story Begins is a beautiful metroidvania puzzle-adventure game in which you play as a… lion? Dragon? It’s not clear. What is clear, however, is that Rima is on sale for $3.49.