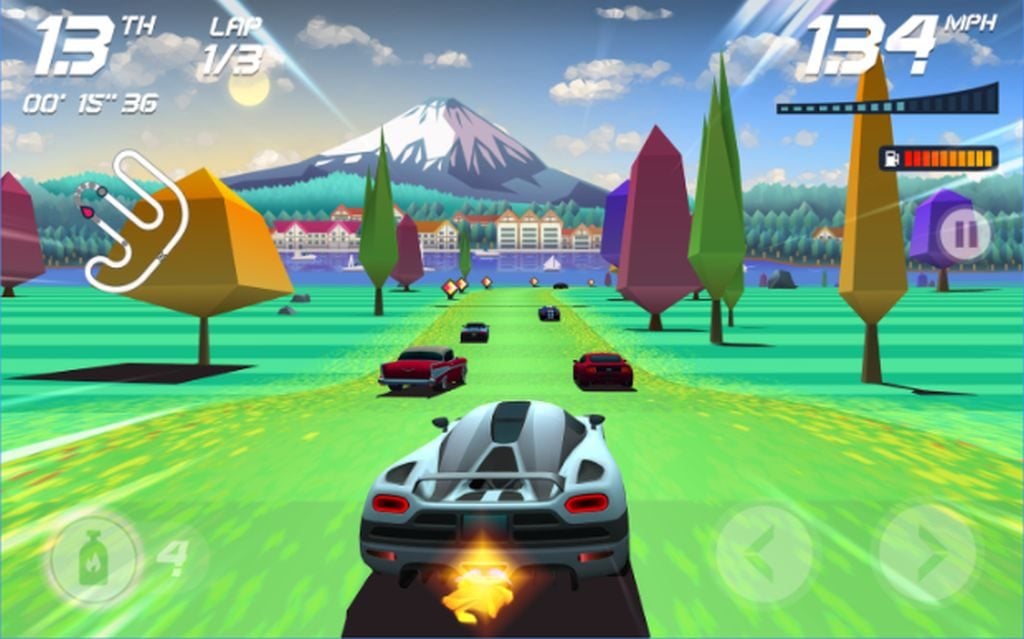 The game, which has made the jump to PC, Switch, PS4, and Xbox One after a hugely successful launch on mobile, is an arcade racing game with powerful echoes of OutRun, Lotus Esprit, and other 16-bit driving games.

It sees you racing from checkpoint to checkpoint on a series of scenic, albeit conspicuously flat, routes. You’ll drive through rain, towards sunsets, through volcanic ashes, and so on, all while listening to a soundtrack created by Barry Leitch, who wrote the (awesome) music for Lotus Esprit Turbo Challenge.

You can download Horizon Chase on Google Play right now. It’s free, with a 99c IAP to unlock everything.