Endurance is the Prequel to Pixel-Art Horror Sci-Fi Shooter Ailment, Out Now 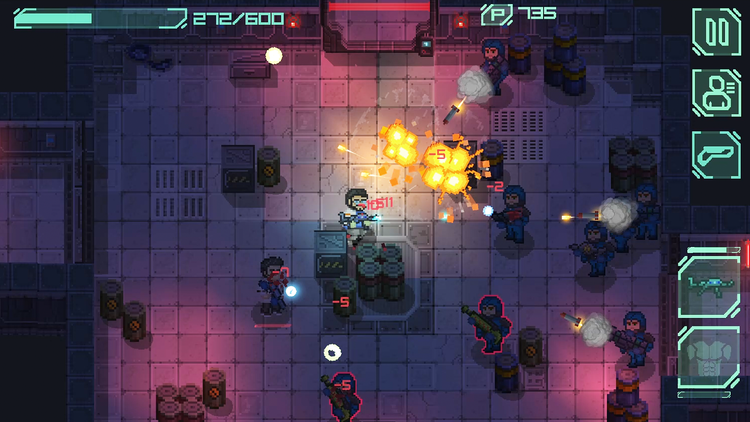 Ivan Panasenko’s polished pixel-art shooter Ailment came out almost exactly a year ago. It was a bonafide indie hit, and went on to be named one of the Best Indie Games of 2019 on Google Play.

The good news is that there’s a prequel: Endurance. And it’s out right now.

Ailment was one of our favorite games of last year, thanks to its stylish pixel-art presentation, Event Horizon-esque sci-fi horror atmosphere, solid shooty gameplay, and – above all – its engaging narrative.

It saw you playing as an astronaut who wakes up after a three day coma to discover that his crewmates have turned into zomboid maniacs who want to kill him.

The reason for this unfortunate collective transformation is a mystery. All our hero can recall is going on a rescue mission to a ship before his coma, to a medical research ship called Endurance on which all of the crew had succumbed to a deadly virus.

Alone in deep space, and surrounded by killers, you spend your time in Ailment exploring the ship, killing zombies, and hooking up with fellow survivors to exchange witty dialogue.

Endurance – set, of course, on the ship you had just returned from in Ailment – follows the same blueprint. There are puzzles to solve, baddies to kill, and a whole ship to explore as you work your way towards the inevitable conclusion of everybody dying except you.

Once again, Endurance is an outstanding narrative experience. Not only will you share fun dialogue with a diverse cast of characters, but you’ll meet healthy people who were zombies in Ailment, or characters who only appeared in Ailment through overheard conversations. Ivan Panasenko is really building a universe.

Endurance contains a huge array of weapons, a fun cast of characters, brutal animations, plenty of humor, and the kind of hardcore gameplay it’s hard to find on mobile.

You can download Endurance on Google Play right now (it’s also available via the App Store).