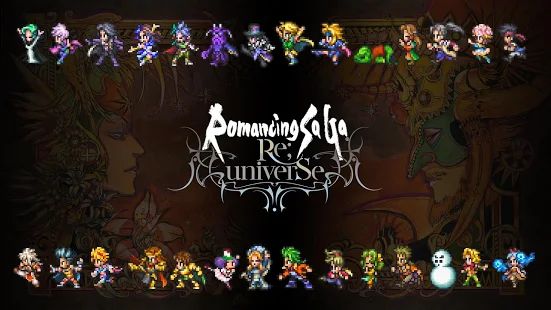 Unlike the other SaGa games on Android, Romancing SaGa Re;univerSe is free-to-play, though Square Enix is keen to stress that it isn’t pay to win.

The price point may not be welcome depending on your stance towards IAPs and free-to-play gameplay mechanics. However, the option of a free entry point into the series will be welcomed by many – particularly as the most expensive SaGa game – Romancing SaGa 3 – costs a whopping $30.

The gameplay sees you getting into battles, collecting characters, and generally doing all the stuff you normally do in mobile gacha RPGs. That said, Romancing SaGa Re;univerSe, which has been out in Japan since 2018, comes with Square Enix pedigree, so it’s absolutely worth checking out.

You can download Romancing SaGa Re;univerSe for free right now on Google Play.