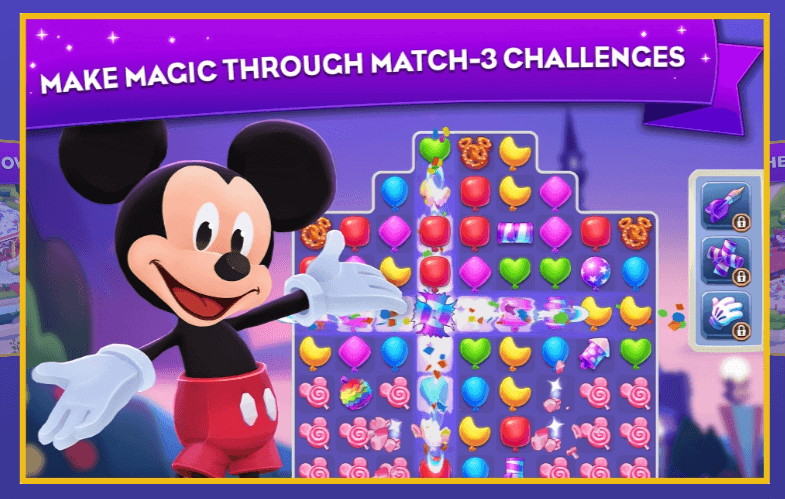 Disney Wonderful Worlds, a match-three puzzler based in the Disney universe, is coming to mobile soon.

A collaboration between Disney and Ludia, which has worked on franchise titles like Jurassic World: The Game and Dragons: Rise of Berk, Disney Wonderful worlds appears to be a fairly conventional matching game feature a conservative selection of Disney’s core IPs.

That is, the trailer and the site contains images of Mickey Mouse, Minnie Mouse, Beast, Aladdin, and Jasmine. A cartoon Jack Sparrow is about as radical as it gets, with no sign of anything from Pixar or the Star Wars or Marvel franchises, both of which are Disney subsidiaries.

There may be a complicated rights-based reason for this, or it could be a deliberate aesthetic choice. Or – less likely – the game could be packed with Lucasfilm, Marvel, and Pixar characters that just happen not to appear in the currently available promotional materials.

We’ll find out soon enough. In the meantime, you can pre-register here.