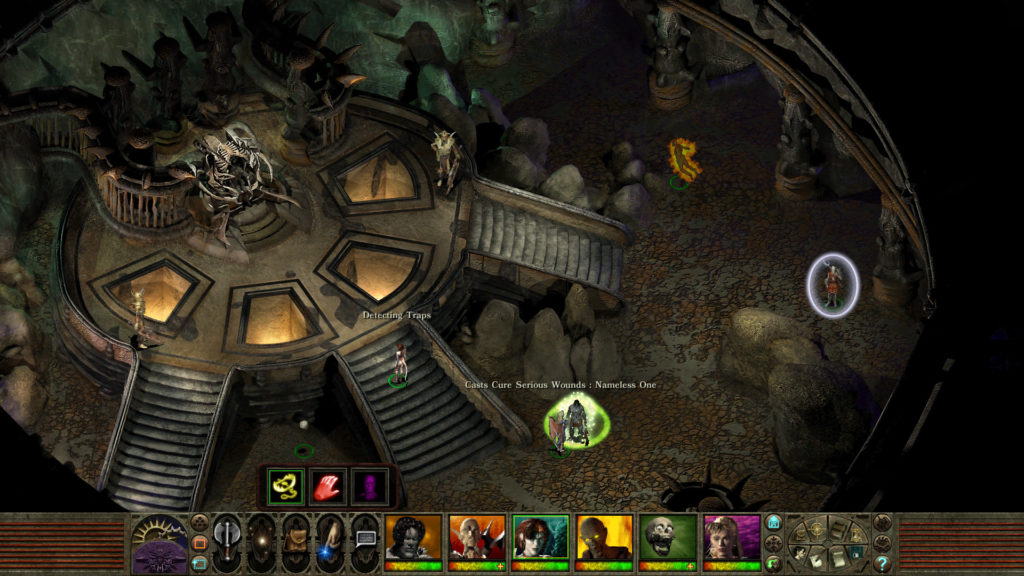 Planescape Torment is one of those games that defined an entire genre. And right now you can pick up the Enhanced Edition of the game for half price on the Google Play Store.

The game is a classic Western RPG built around the Dungeons and Dragons franchise. Playing as a character known only as The Nameless One, you’ll discover the horrors of your past lives, delve into subterranean caverns and kill everything that moves in intricate and tactical combat.

Since its original release in 1999, the game has been heralded as one of the best ever. This Enhanced Edition adds touchscreen controls, bug-fixes and much, much more.

Never heard of the game before? Check out the trailer we’ve embedded below to get a better idea of what you can expect.

Only having to pay $4.99 for a game of this size is, quite frankly, verging on the obscene. There are hours and hours of quests and adventures to explore. On top of that you’ll find a riveting story that’ll keep you hooked from the start.

It’s worth noting that Planescape Torment: Enhanced Edition is designed for tablets. If you’ve got an Android device with a screen smaller than seven inches, then the developer doesn’t recommend that you try and play it.

If that’s not a problem, you can click here to buy Planescape Torment: Enhanced Edition from the Google Play Store for the ridiculously low price of just $4.99.