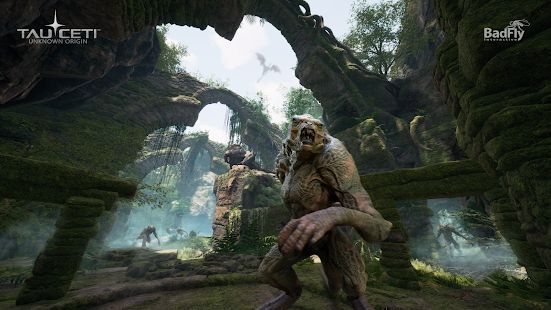 The game takes place in the same universe as Dead Effect 2, featuring the same ESS Meridian spaceship. The action kicks off when this hapless craft goes berserk and your escape pod takes you to a planet called Tau Ceti f.

This huge and diverse environment is filled with marches, rainforests, canyons, ancient civilisations, crumbling temples, deadly fauna, and various other things you’d be surprised to find on a nearby celestial body.

The app is called TauCeti Technology Benchmark, and it requires you to play it on a device with 3GB RAM and a nippy CPU.

That said, we’re pretty sure we can predict the behavior of the organisms you run into: hostile.

You can download TauCeti Technology Benchmark right now on the Google Play Store.