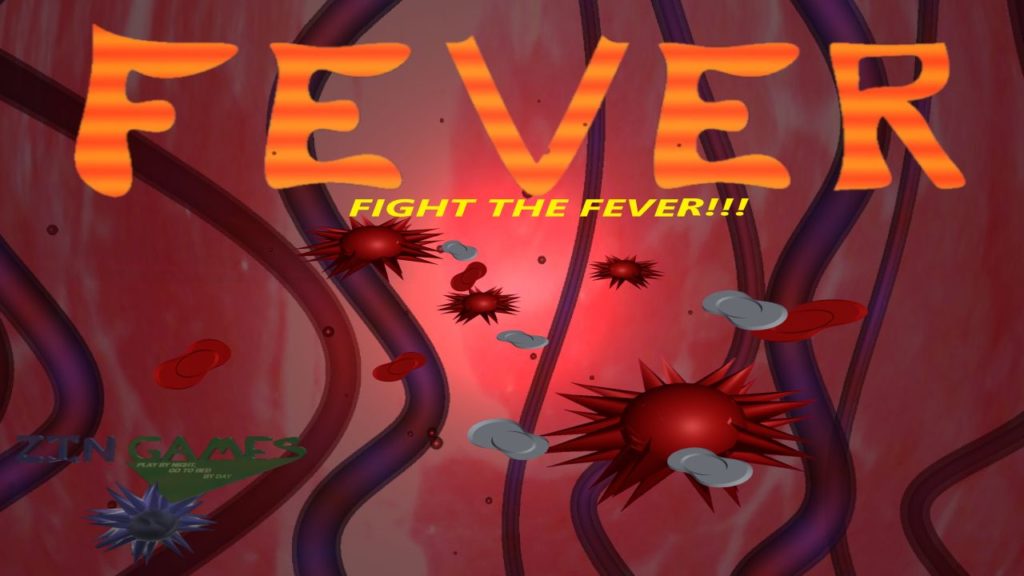 Fever, from Zin Games, is about as topical as it gets. This prophetic and highly innovative title sees you doing exactly what the entire world is doing right now: trying to defeat a deadly disease.

You’ve got a human body to defend, with germs, viruses, parasites, and other miniature nasties all trying to kill their host through overwhelming force.

Fortunately, you’ve got the best defensive apparatus in the world to deploy against these microscopic marauders: the human immune system, which has evolved over millions of years to handle pathogens of all shapes and sizes. Well, one size: XXS.

Your main preoccupation is keeping your human’s temperature in check. If the mercury goes too high, fever will take hold and spell certain death. If it sinks too low, hypothermia will set in, rendering the body too weak to defend itself.

To avoid these undeniably negative outcomes you’ll need to master the human immune system, starting with minor germs before moving on to viruses, bacteria, parasites, and other monsters of the invisible world.

Some of these enemies are fiendishly clever, absorbing blood cells in order to swell their numbers and diminish yours.

To beat them back you need to destroy them with white blood cells and then hoover up the cellular residue they leave behind. Once you’ve collected it, you can spend this residue on bolstering your defences.

There’s an ever-growing supply of levels in Fever, along with five bosses and an Endless mode. Plus, Zin Games has more tweaks in the pipeline.

Check it out right now on the Google Play Store.