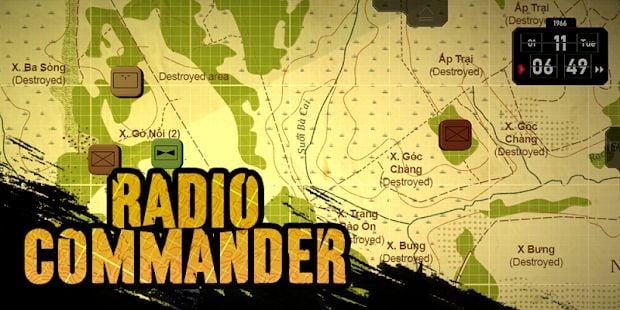 Originally scheduled for July the 30th, Radio Commander is an intense strategy game in which you have to issue commands to soldiers in the battlefield during the Vietnam war. The twist? You issue them verbally.

You get your responses verbally, too. You’ve got a map and markers to help you keep track of the situation on the ground, but at any point you could be hopelessly wrong, creating the potential for unintended FUBAR carnage.

There are nine open-ended campaign missions in the game, 15 unit types, and a whole ton of dialogue. Radio Commander is a hugely inventive and immersive twist on the real-time strategy format, and it’s well worth checking out.

You can download Radio Commander on the Google Play Store right now for $5.99.