It never rains but it pours. That’s a thing they sometimes say, and it applies to this week’s slate of new releases. We’ve been waiting a long time for EVE Echoes, which showed up right on schedule, but joining it in surprise fashion was Civilization VI, the Xbox Game Pass Beta, and more.

Sales-wise, you’ve got another chance to buy Crashlands and Levelhead at a fairly modest discount, while Star Traders RPG Elite is a tempting old skool alternative to EVE Echoes.

From the team that brought you 911 Operator, Radio Commander is another ingenious and thrilling strategy game that draws on real life crises. In this case, the crisis is the Vietnam war, and you’re playing half-blind, communicating with your squad entirely by voice.

Couch Installation Service is a classic Sokoban game. That means it involves moving rectangles around to that they fit into predetermined places facing predetermined directions. It has a highly original furniture-moving premise, and graphics lifted straight from the awesome Untitled Goose Game.

At long last, Civilization VI has made the jump from PC, via iOS, to Android. It comes with two enormous expansions, too – Rise and Fall and the Gathering Storm. It’ll cost you, though. After 60 free turns, the core game will set you back $19.99, while the expansions cost $29.99 and $39.99 respectively.

After a series of epic delays, EVE Echoes is finally here. This free-to-play spinoff of the enormously popular PC MMO EVE Online takes place in a parallel universe from the original, but features all the same stuff, including a deep and dynamic economy and shooty shooty spaceships.

The official launch date of Microsoft’s promising game streaming service is September the 11th, it made the beta available this week to Xbox Game Pass Ultimate subscribers. There are purportedly around 30 games available.

Zynga’s latest free-to-play casual game is based on bluffing games like Cheat, I Doubt It, Swindle, Lie, Don’t Trust, and so on. Basically, the aim is to hoodwink your fellow human beings.

Butterscotch Shenanigans has put its two biggest hits on sale. Crashlands is a sci-fi adventure in which you find yourself stranded on an alien planet, forced to build a new life by crafting and exploring. Levelhead is an acclaimed cross-platform level-creation platformer. You can buy both for $4.75.

Sally’s Law is a textbook indie game, with charming arthouse cartoon visuals and a plot about returning to your childhood home to process feelings of alienation and loss and yadda yadda. It won a bunch of awards, and features a diverse array of puzzles. Half price.

Star Traders RPG Elite might be the most acclaimed sci-fi RGP you’ve never heard of. Developed by Trese Brothers, it sees you trading, exploring, fighting, and so on in an open-world universe. Pretty much like EVE Echoes, in fact, with cruder graphics but finely tuned gameplay. 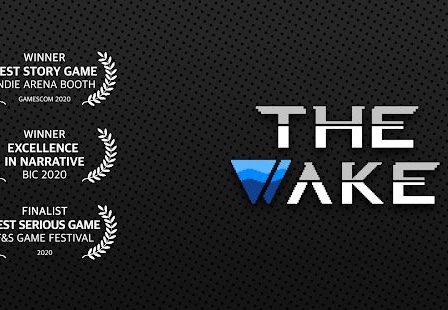